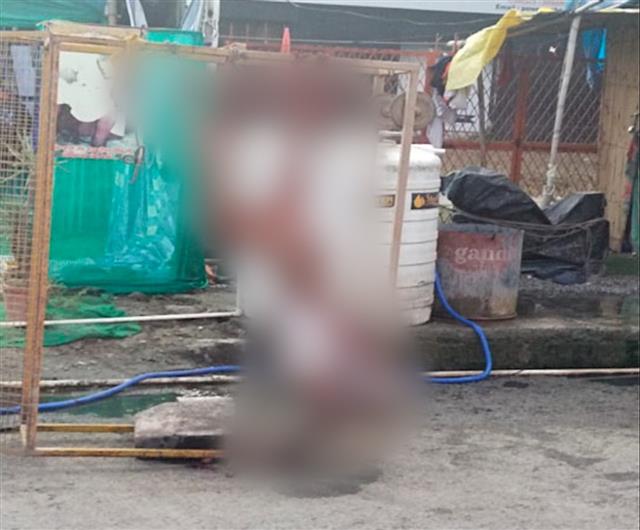 A body of a man with a chopped hand was found near the Haryana-Delhi Singhu border on Friday morning, local police sources confirmed.

According to images that have surfaced on social media, the semi-naked body was seen hanging from a barricade.

Reportedly, the body was found at the same place where farmers have protesting against the three contentious farm laws for the past one year.

As per the images, it is possible that the man was tortured before he was killed. This incident of brutal killing of the man has sent shockwaves around every corner.

As per the latest reports, a police team reached the spot and recovered the body.

“The body has been sent to a nearby civil hospital and further investigation is going on,” the sources said.

The police from both Haryana and Delhi can be seen on both sides of the border. Notably, the farmers’ protest has also been in the past taken violent turns.

On October 3, Lakhimpur Kheri in Uttar Pradesh witnessed a vehicle-ramming attack and mob lynching incident during the farmers’ protest. In the incident, four farmers were killed apart from five others.

Farmer organizations claimed that so far 630 farmers have died protesting against the three farm laws for the past year. IANS