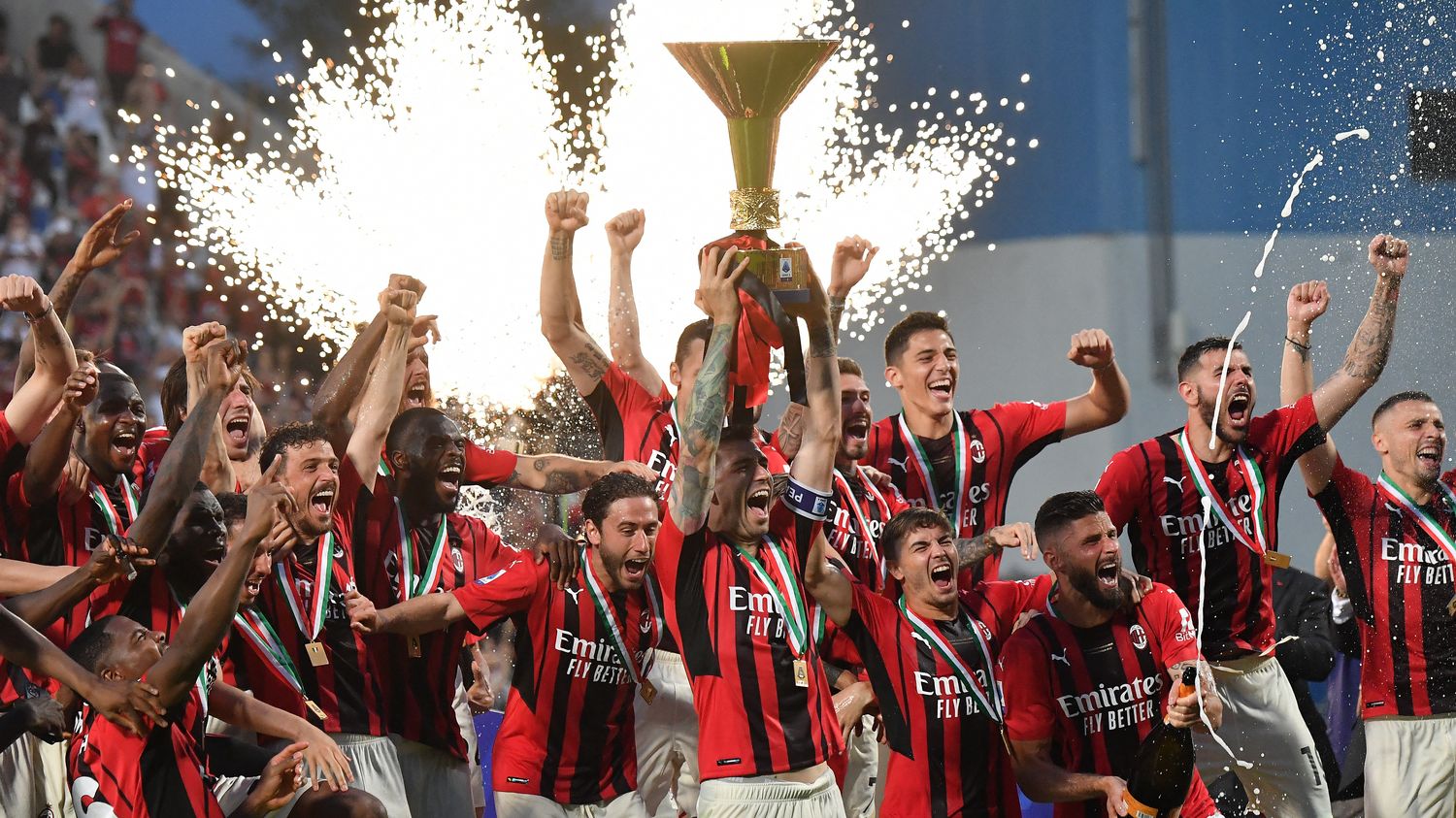 They were intractable until the end. As the symbol of a controlled championship, AC Milan offered itself, Sunday, May 22, a last success against Sassuolo (3-0), synonymous with the title of Italian champion, in Serie A. Eleven years later the last coronation, in 2011, the Rosseneri once again tasted happiness thanks, in particular, to another double from their striker Olivier Giroud, author of 11 goals this season. With this final victory at the end of 38 days, it is a 19th Scudetto which comes to furnish the already well-filled trophy cabinet of AC Milan.

Inter Milan finished disappointed in second place in the championship, two points behind their historic rival, despite their crushing victory against Sampdoria (3-0). Ivan Perisic’s goal, and Joaquin Correa’s double, were therefore not enough for the Nerazzurri to retain their national title.

The first to shout his joy at the microphone of DAZN, in Italy, is Stefano Pioli, the coach of AC Milan: “My players really are phenomena. I am happy for them, for me, my management, the leaders, for the supporters, for everyone from Milan who deserves this scudetto.” Because this final success was built on a very high-flying season for the Rosseneri, with 26 successes at stake. “We deserve it for our work and for having always believed in it. We have been more consistent, my players have never given up”continued Pioli.

Remarks largely supported by one of its major assets: Theo Hernandez. The left side of AC Milan, French international, was full of praise for his technician: “He’s an incredible coach, he changed me as a person and as a player. We also win thanks to him”.