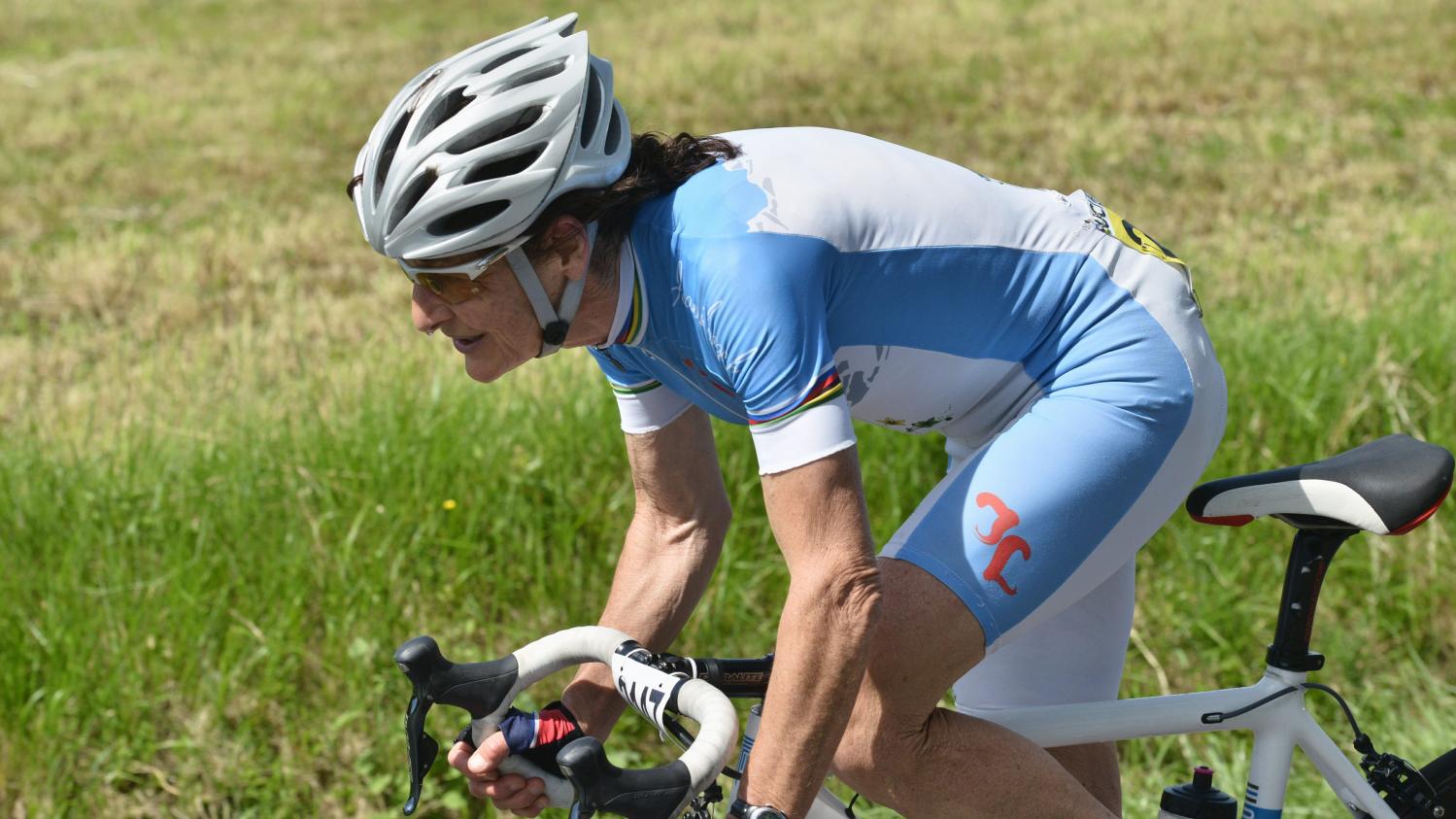 It’s the name that makes you react when you hear it, because you know that, behind, there will be a story, some feat, something crazy … Jeannie Longo. Unfortunately, unlike men, for us to talk about women and cycling in the press, it has to be extraordinary. And it turns out that’s still the case with Jeannie.

This weekend, for example, while France had wet eyes looking at those, moved, of Julian Alaphilippe, crowned world champion in Imola in Italy, at the same time, Jeannie Longo, 62 years old in a month, won again a title. Admittedly, this is not the world championship, it is only the individual time trial of the PACA region, but it is still a first step of the podium, another cup, again that little surly smile on plot number 1. The champion arrived with a 1’30 ” lead against the second, Chloé Schoenenberger, 22 years old, in other words her junior of forty years.

Indestructible, Jeannie. Incomparable in any case, she who started riding at the age of 20, in 1978, who became champion of France the following year, before stringing together the titles: 13 times world champion, 59 times champion of France (on road , time trial and team), Olympic champion at the Atlanta Olympics in 1996, and specialist in broken records. His hour record, 48 kilometers in 60 minutes, is still unbeaten for 24 years.

Longo, also uncontrollable, not only because since 2011, she is no longer part of the list of high-level athletes subject to controls by the French Anti-Doping Agency (AFLD), but for a question of character, of pride. Because she doesn’t give up, never. Insatiable, to the chagrin of the French Cycling Federation, and of the younger generation too. It’s time to move on, to shed light on others. Yes, but here it is, Jeannie is not retiring, Jeannie wins another time trial! So of course, she went from “sport” pages to “unusual” pages, but her small victories are still fascinating. Maybe because it makes you smile, because it gives hope, because it shakes up our received ideas about women over 60. In short, it no longer has anything to do with cycling, but precisely for that, we thank her.