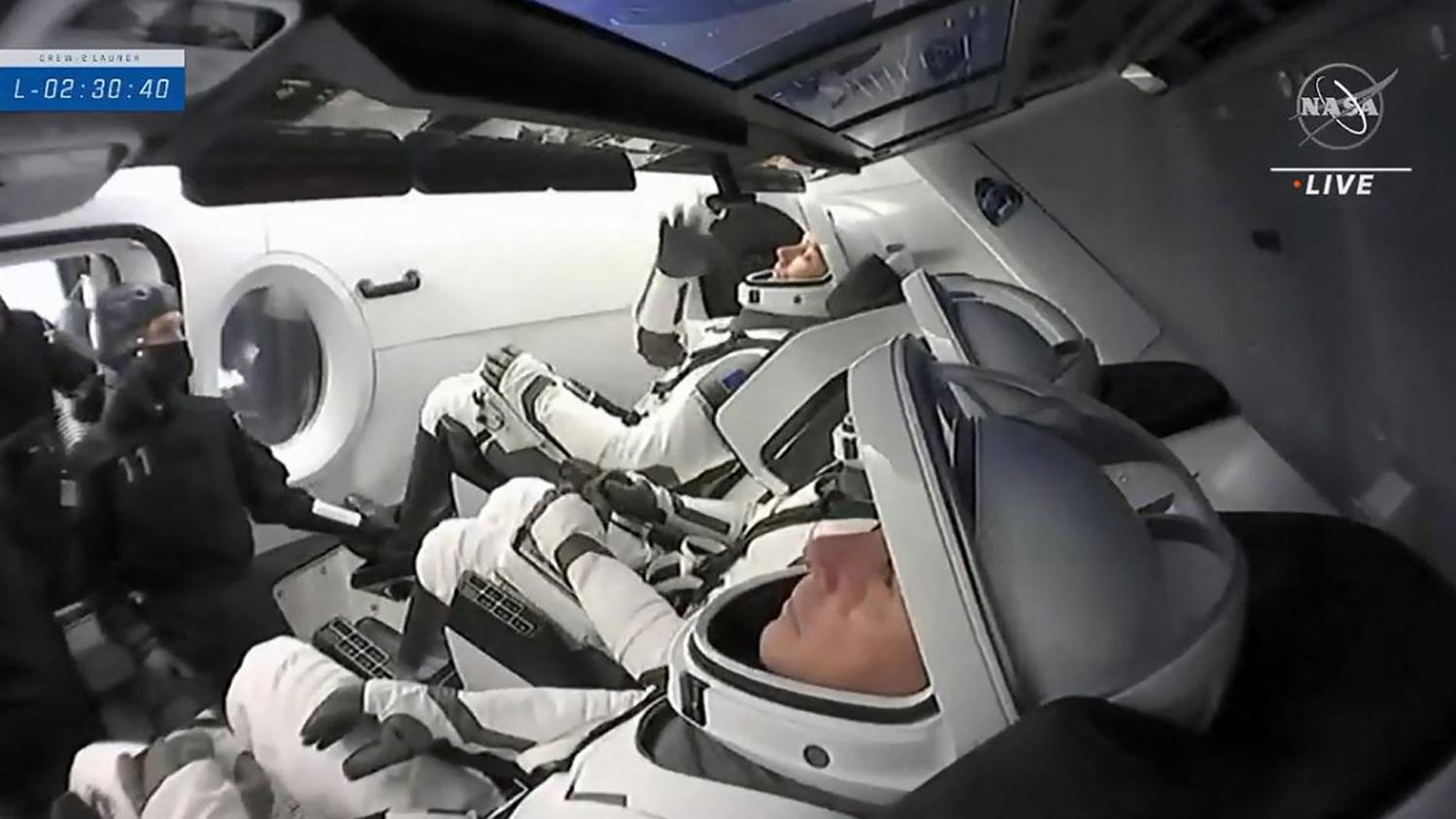 “It looks like a torture chair, but it’s for science!” This week, on Twitter, astronaut Thomas Pesquet revealed a little behind the scenes of the experiments carried out in the ISS since his arrival, such as the one titled GRASP.

It looks like a torture chair, but it’s for science! The experience @Esa/@cnes GRASP is studying how hand-eye coordination adapts to weightlessness. The most observant will have spotted our authentic #SpaceInvader. #streetart #MissionAlpha pic.twitter.com/uXq6vRdPCe

This subject intrigued CM2 students from the Léonard de Vinci school in Massy, ​​(Essonne) in the Paris region. They are the ones who play the space interviewers in this new episode of Space emission.

Louise, 10 years old, ask Thomas Pesquet, for example, what is the experience he is doing the most at the moment. “This is an experiment from ESA, the European Space Agency called GRIP GRASP. It has to do with the brains of astronauts and how we use our hands to grab things at zero gravity … Does that have a link with gravity, and how all of that is connected in a precise way, to be able to understand a little bit how people’s brains work. An experiment that he has been carrying out since his arrival. “And then there are going to be many more.”

Adèle, 11 years old, would like to know if it is true that the astronaut “grows seeds in space”. “Yes, it’s true !” Thomas Pesquet replies. An experience that could be useful for future missions to Mars. And for that, the station has dedicated equipment such as a “small greenhouse” and artificial lights.

And the result is there, explains the astronaut: “We had salad, we had a bit like cabbage and we are studying how it all works in zero gravity.” With technical and scientific challenges to overcome: “How do you water the plants with the water that does not fall and that makes balls?” To remedy the problem, the watering is done … with syringes, says the astronaut. “From time to time, the good thing is that we are allowed to eat our salads and the results of our scientific experiments and that is always nice.”

Around’Owen, 10 years old, to take the microphone: “Do you all work in the same room or not? “ Yes and no, answers the astronaut. Some modules are real laboratories “with research equipment” like a centrifuge, an oven, a greenhouse … “Sometimes we work in the same” But “the people who make our schedule try to ensure that we are not all in the same room at the same time (…) so we are often a little spread out throughout the station. Sometimes we do not even see each other not the whole day, while the station is not very large. “

A European territory in space: the Columbus laboratory of the@ESA. It houses the equipment used by ‍‍ in orbit for scientists around the world on the ground. A fine example of cooperation between Europeans but also of Europe’s openness to the world … # 9May pic.twitter.com/sZiLkWe8Na

Issa, for his part, would not want to disturb the astronaut for too long, just long enough to ask him a question: “Is it difficult to manipulate objects in space, in zero gravity?” It depends, answers the astronaut … for example, for very heavy objects, “it’s very easy”. You just have to transport them… with your legs, says Thomas Pesquet.

On the other hand, things get more complicated for lighter objects like screws: “In space, they will fly away (…) You have to tape them (…) Sometimes, you lose your tools.” In summary, “for big, heavy stuff it’s more convenient, but for everything else it’s still a bit more complicated.”

Fortunately for us, it doesn’t often happen that an experiment explodes in space.

The astronaut explains to him in particular the existence of protective measures and tools which allow perilous experiments to be carried out without danger, for example with combustion or with chemicals. Emergency protocols and protections are also provided in the event of smoke or major problems. “We’re prepared for all of this, but luckily for us, that never happens.”

Video of Thomas Pesquet’s first press conference, Friday April 30, 2021 on board the ISS, live from space.

On this page, you can listen to this fourth episode of Space emission, where astronaut Thomas Pesquet answers children’s questions about life aboard the ISS. A meeting to listen to every Saturday at 10:44 am and 12:51 pm on France Info radio and to find in podcast.

To have a class (elementary and middle school) participate in a recording of Space emission, within the limit of available places, contact the services of the Mediator of Radio France.