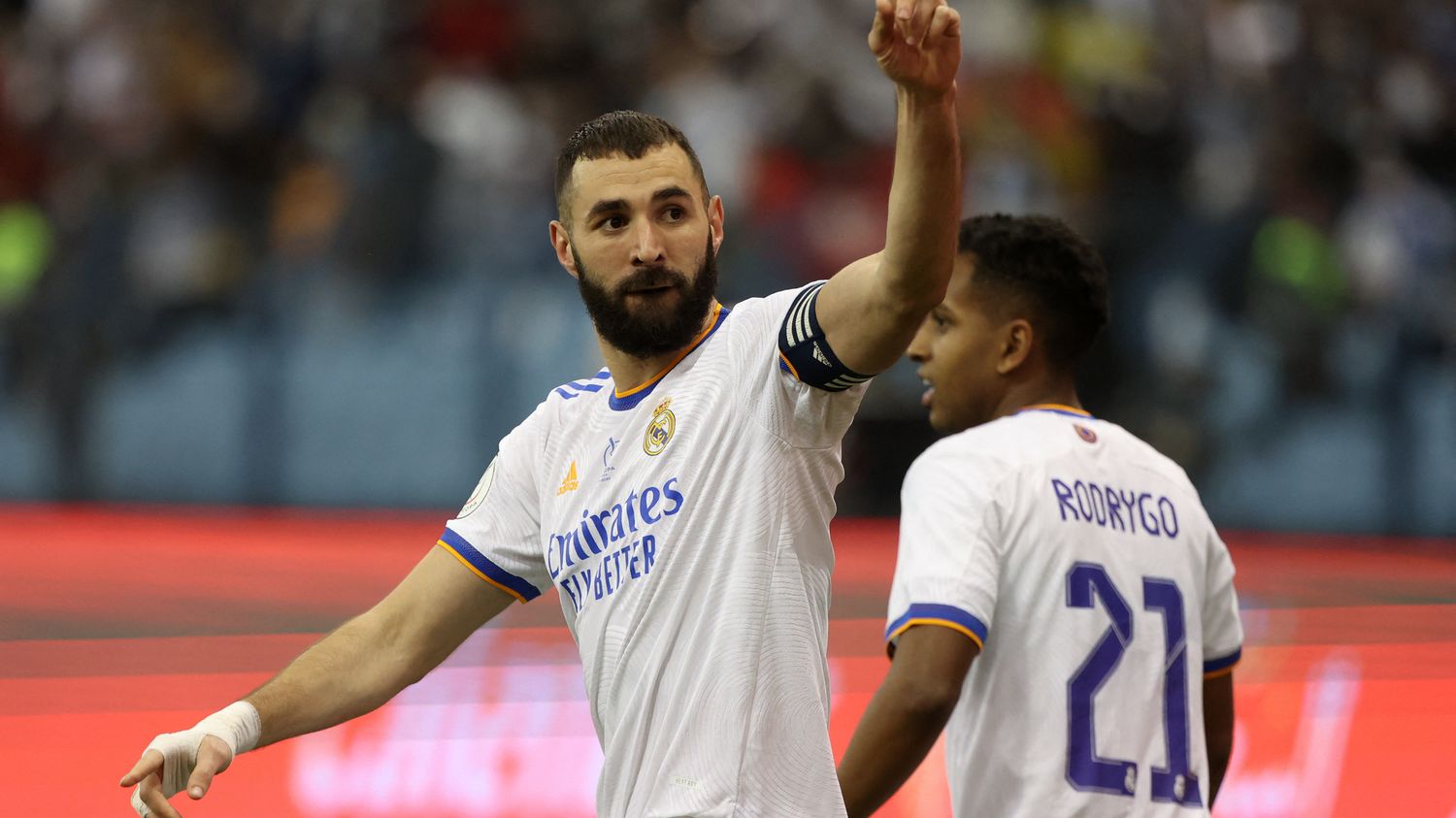 The French international scored his team’s second goal on Sunday night against Bilbao.

Breathtaking since the start of the season and still decisive, Sunday January 16, in the final against Athletic Bilbao (2-0), Karim Benzema carried Real Madrid to the 12th Spanish Super Cup in its history in Riyadh (Saudi Arabia ). His 20th trophy with the Merengues.

After the opener of the indestructible Luka Modric, who converted from the right a good foray by Rodrygo into the Basque area (38th), Benzema sealed the coronation of the “White House” by transforming a penalty he himself provoked with a strike which touched the arm of Yeray Alvarez in the area (52nd).

After Eder Militao (87th) was red carded for a handball late in the game, Thibaut Courtois, impeccable, stopped Raul Garcia’s penalty in the 88th minute to allow Real Madrid to keep their two goals. advance.

A month before facing Paris Saint-Germain in the round of 16 first leg of the Champions League (February 15), Real, leader of La Liga and still in contention in all competitions, begins its second part of the season with brilliance, with this first title of the 2021-2022 season.

It is also the first trophy gleaned by Carlo Ancelotti since his return to the merengue bench last summer, after the departure of Zinédine Zidane.