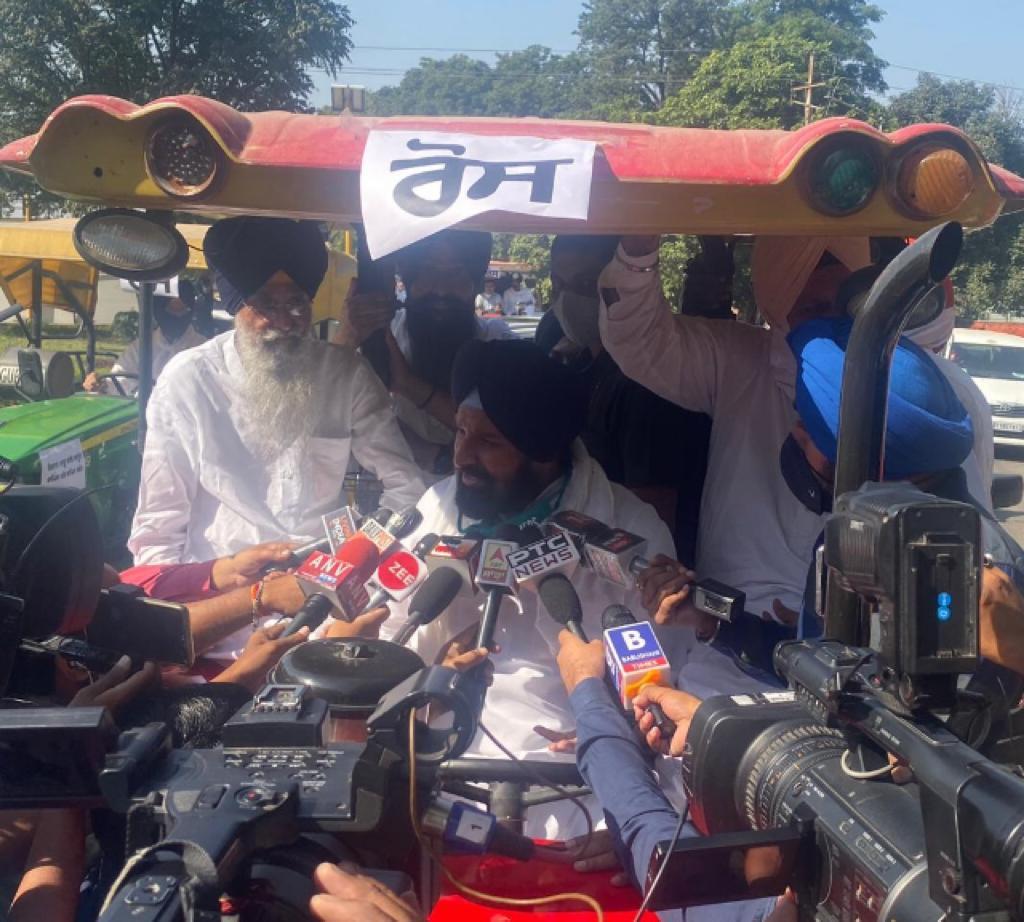 Shiromani Akali Dal MLAs on Monday rode on tractors to Punjab Vidhan Sabha, only to be stopped by the police at Sector 2 roundabout here.

The house began with obituary references.

The usual drama, attached with the session, was witnessed, as Akali Dal MLAs came riding tractors, as did some of the Congress MLAs – Gurkirat Kotli and Sukhpal Bhullar.

The Congress party, through Finance Minister Manpreet Singh Badal moved a motion to include the names of all farmers who had died in the ongoing stir of farmers. Their names were included, and the House paid its obeisance to them, along with nine others.

The House has been adjourned for an hour.

Majithia told mediapersons that they chose tractors as a vehicle associated with farmers to mark protest against the black farm laws.

Before going in the house, Akalis burnt copies of “black” farm acts outside the Vidhan Sabha.

A special daylong session of the Vidhan Sabha is being held on Monday over the three central farm laws.

Punjab has decided to toughen its stand by adopting legislation to counter the three central farm laws.