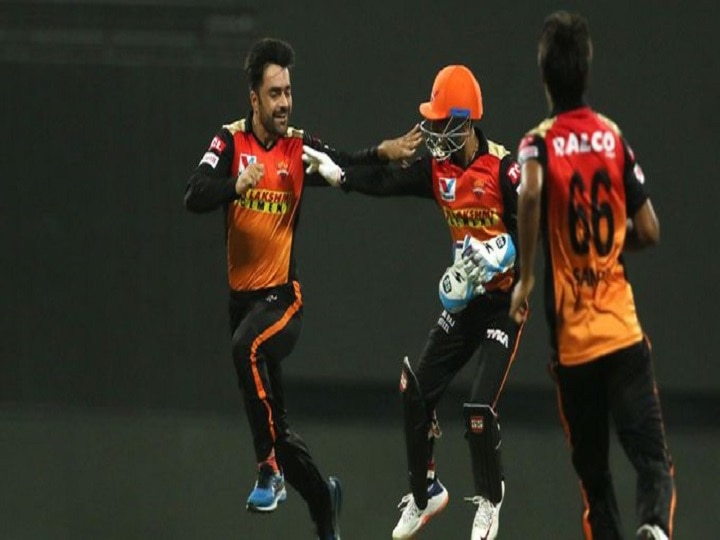 SRH vs RCB, Eliminator: IPL 2020 Eliminator match is being played between Sunrisers Hyderabad and Royal Challengers Bangalore at Sheikh Zayed International Cricket Stadium in Abu Dhabi. In this match, Hyderabad captain David Warner won the toss and decided to bowl first. So far, his decision is proving effective, as the strong RCB could score only 131 runs in front of the tight bowling of Hyderabad.

During the fielding of Hyderabad, Rashid Khan made a great throw to the free hit ball, and Moeen Ali of RCB was run out. With this run out of Rashid, Hyderabad did not give RCB a chance to make a comeback.

In fact, during the 11th over of RCB innings, when Shahbaz Nadeem was bowling, Moeen played a cover towards the cover on a free hit ball and ran to take a run. But fielding there, Rashid caught the ball with quickness and threw it straight to the stumps. In this way Moin returned to the pavilion without opening an account. Seeing this stormy throw of Rashid, all the players including captain David Warner were shocked.

Significantly, RCB started off to bat first and started very poorly. One of his batsmen did not stand in front of the tight bowling of Hyderabad and he lost his wickets at regular intervals. However, de Villiers held one end to the end. He scored the highest 56 runs. During this time, five fours came off his bat. Thanks to this innings of de Villiers, RCB’s team managed to score 131 runs in 20 overs.