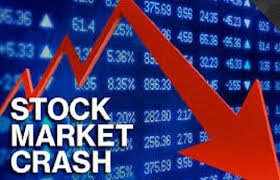 Mumbai. The stock market has told in the business of yesterday and today that why sometimes it is also called speculative market. Seeing the growth rate of IRCTC, all the failed investors were lamenting that why they did not invest in IRCTC shares. Not only did the share of the same IRCTC come to the floor with its own earnings, but it also became responsible for the huge fall in the stock market along with it. However, the slowdown in foreign markets also contributed to this.

Today, the last trading day of the month on Friday, October 29, the BSE (Bombay Stock Exchange) index Sensex closed at 59,306.93 with a fall of 677.77 points. It is to be known that yesterday also the Sensex had taken a loss of 1158 points. On the other hand, if we talk about the Nifty of NSE (National Stock Exchange), Nifty suffered a loss of 185.60 points today and closed at the level of 17,671.65. Nifty had lost 353 points in yesterday’s closing.

Also read this news: Recognition of the trunk of Lord Ganesha and how the mouse became a vehicle, know