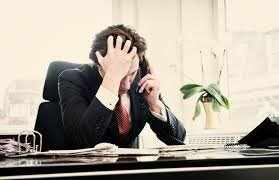 Mumbai. In the fourth trading day of the week today, the Indian stock market started positive again and traded at a flat but positive level for almost the entire trading day, but a sudden sell-off started around 2 pm. Due to this, the market turned from profit to loss in just one and a half hours. It is to be known that during this period the second quarter reports have been released by some companies.

Also read this news: Unique Tradition: In this temple, men dress up like women to worship!

Also read this news:Theft of shoes and slippers from the temple is a good sign, know why

In today’s trading, the 5 companies whose shares made the most gains in Nifty are – Asian Paints, UPL, Divis Labs, Infosys and Cipla. At the same time, the five companies that suffered the most today are – Axis Bank, Bajaj Finance, ONGC, Tata Motors and Bajaj Finserv. It is to be known that last evening Axis Bank had released its quarterly report.