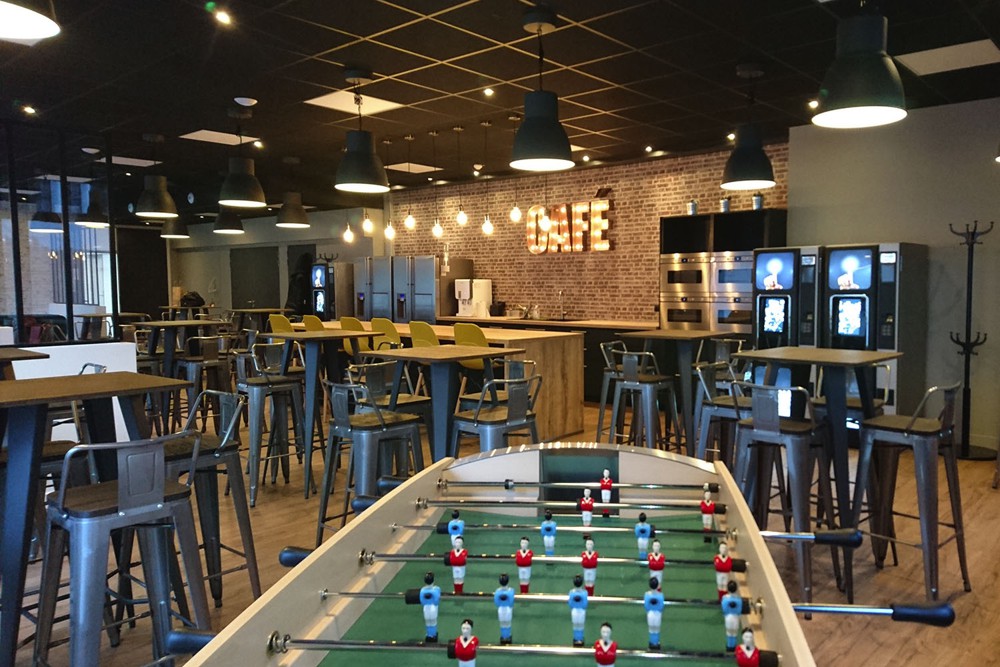 ” Good vibes only », We read in big colored letters on the walls of the deserted premises ofEsker. However, the headquarters, inaugurated in September 2018, is not about to vibrate under the crowds, leaving its president Jean-Michel Bérard a little orphan and crestfallen.

The document dematerialization software publisher reads and automatically processes 80 million invoices and orders per month for a thousand large corporate customers. His 600 employees had wanted, and obtained, a sports hall, a rest room, table footballs, bicycle garages, variable-height tables for working seated or standing… ” Quality of life and well-being are at the heart of our human resources policy », Claimed the founder, giving a tour of the new headquarters.

A health crisis later, the employees, geeks in their thirties, do not rush to find their comfortable offices next to the Tête d’Or park, co-constructed with the help of participatory workshops. Friendliness, team cohesion and the collective exalted like mantras in the hallways and on the outstanding house mugs.

From June 9, and until next September, Jean-Michel Bérard will only askone day face-to-face to its employees, leaving them the bridle on the neck the rest of the week. ” There are firmer bosses On the subject, he slips. The consultation carried out with a view to establishing a new teleworking charter delivered results: 10% of the workforce is depressed and can no longer bear working from home, and 10% of the blessed would on the contrary like to stay there almost all the time.

Between these two extremes, the wishes of the majority oscillate between two and three days of teleworking. ” Three, this shifts the center of gravity to the outside », Fears the leader, rather partisan of two days. ” But most people still want to come back to headquarters He consoles himself. He has already planned “ of double or triple »The usual budget of 100,000 euros for convivial events, ” to compensate for the loss of connection with the company »By increasing the number of aperitifs and seminars.

With a ” twinge »For its model headquarters, but the concern to adapt to the new expectations of employees, it will launch a experience of ” annex office “ in Décines, on the outskirts of Lyon, with 24 positions available to ” commuters Who no longer want to travel. They will be ready in September at a logistics site in Esker.

What to do with the irreducible? Should we accept 100% teleworking ” for those who have designed a life project during this period and who want to go and live in Saint-Etienne, in the countryside or in the mountains? We are constantly on the lookout for engineers and developers who are rare on the market. I especially don’t want to frustrate them “, He worries, knowing the golden bridges that the competition is ready to make.

But where the situation could have arranged it, by easing the real estate pressure on a growing group, which achieved 112 million euros in turnover in 2020, continuously increasing by 10% per year, things are getting more complicated: “ 60% of those who would like to telecommute three days a week do not want to abandon their personal office and settle for a flexible, nomadic position. In square meters, I’m not necessarily a winner He calculates.

Jean-Michel Bérard, who recruits about ten people per month, therefore preferred to play it safe. In renting a recently vacated set in the building, ” even if it’s an unnecessary expense for now “.