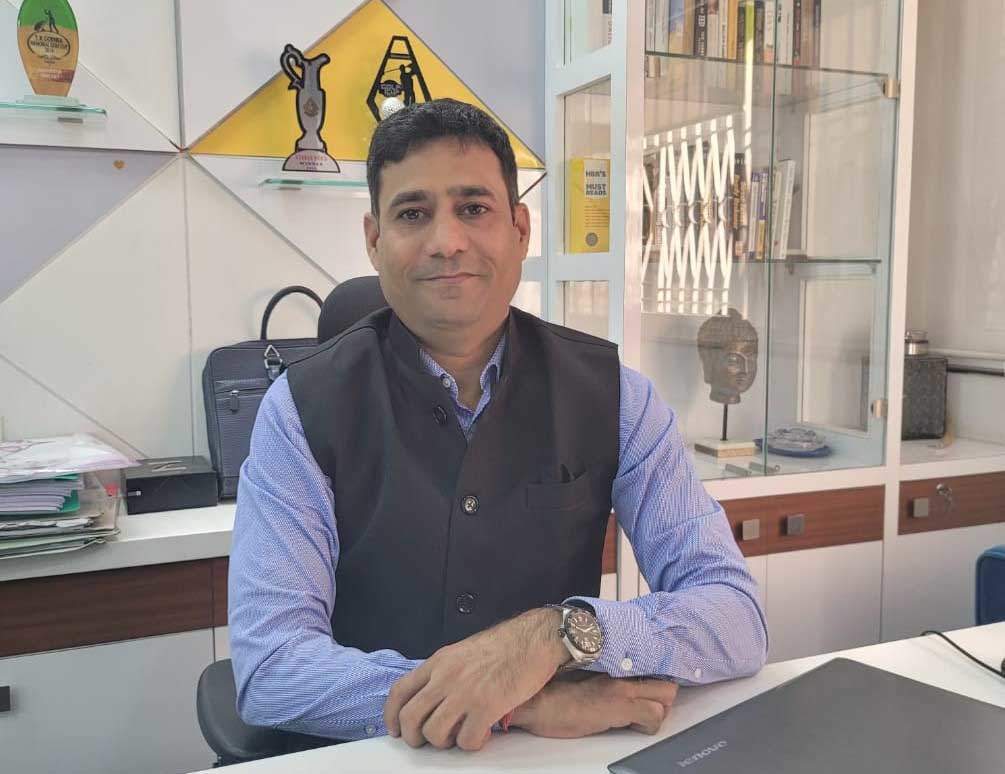 Nagpur. Economic affairs expert CA Raju Sharma said that there is no need to be worried about the possibility of negative GDP. The economy has been affected due to the Corona epidemic and other problems, but it will touch the highs in 2022, beating all these problems.

Sharma told the ‘Hindusthan Samachar’ that in the Economic Survey presented in Parliament on 29 January by the Union Finance Minister Nirmala Sitharaman, the GDP is expected to be 7.7 percent this year. Refers to the results of the steps taken.

This survey says that GDP will be -7.7 percent in the current financial year 2020-21, which means it may fall by 7.7 percent. Sharma said that the country’s economy will improve in the coming year and there will be a ‘V-shape’ recovery in the Indian economy. It is estimated to grow by 10 to 11 per cent in FY 2021-22.

The country’s agricultural sector continues to grow, while the services, manufacturing and construction sectors were the most affected by the lockdown imposed to prevent the corona epidemic. The survey further stated that the Corona epidemic has severely affected economic activities in the country since March 2020. Millions of people have lost their jobs.

Sharma said that due to the mixed effects of all these, the GDP is expected to be 7.7. However, there is no need to be overly disappointed with this. There is confusion in the market about the general budget. As a result, the Sensex, which crossed the 50 thousand mark two weeks before the budget, has come down to 46 thousand. Sharma exuded confidence that in 2022 the Indian economy will overcome all these problems and touch the highs with growth. Sharma said that after the Corona epidemic, the Indian economy will be the only economy in the world which will grow in double digits.

Major expectations from budget
Finance Minister Sitharaman will present the general budget for FY 2021-22 on Monday (1 February). Regarding this, Sharma said that the central government will have to keep the health sector at the center of policy thinking. It is necessary to take steps for better regulation of the private health sector. Simultaneously, regulation and reforms are needed in other sectors. As a Sharma Non-Banking Finance Companies (NBFCs) need to exempt TDS from interest income. TDS not only makes pensioners difficult but it also affects NBFCs. This facility is available to banks. The liquidity for NBFCs can be increased by relaxation of TDS and thin capital provision in the budget. Apart from this, the interest income of NBFCs will increase by removing the provision of TDS. Also, the ATC limit in banks will increase from 1.50 lakh to 2.50 lakh. Sharma said that there is a need to increase the standard deduction on salary income in the budget. Standard deduction brings a lot of relief to the employed people. Under this, a fixed amount is deducted from their total income. Then there is a calculation of taxable income. At present, the standard deduction on salary income is 50 thousand rupees. Standard deduction on salary income should be increased to Rs 1 lakh. It is necessary to do this in view of the work from home due to Corona.

Sharma expressed hope from the government that it is necessary to bring fuel under the purview of GST. This decision can radically transform the Indian logistics sector. It should be noted that logistics is also one of the highest employment generating sectors. On the transport sector, Sharma said that it is usually necessary for the transporter to carry a hard copy of the challan. The government should also overcome it through e-way bill digitization.

Computing technologies have been used to ensure continuity as one of the important resources during the Sharma epidemic. Sharma said that GST on computing devices should be minimum.