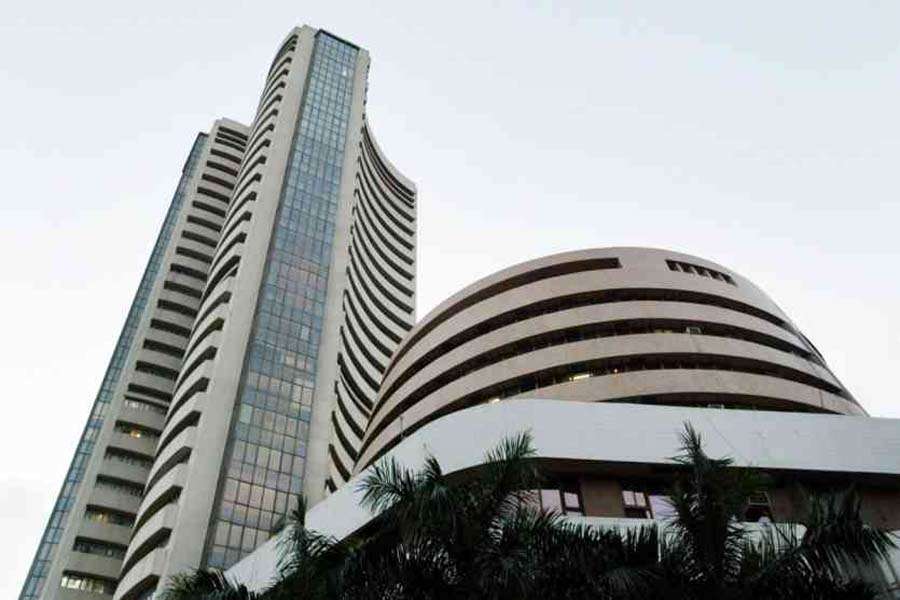 New Delhi. The third trading day of the week for the Indian stock market was also not as good as the previous two days. Today the stock market opened with strength. After the market opened, the buying force also came. Sensex and Nifty also expressed strength by making sharp jumps. But after half a day, the situation completely changed. Today’s first session in the stock market was completely in the name of the bulls, but in the afternoon the bulls were left behind and the bears dominated the stock market. Due to which the Sensex fell 66.95 points and Nifty closed down 26.95 points under all-round selling pressure. Strong signals from overseas markets this morning gave a strong start to the Indian stock market. The Bombay Stock Exchange (BSE) Sensex opened with a strength of 101.43 points at 52,651.09. With the opening of the market, the buying force started, due to which the Sensex also jumped and reached the level of 52,716.33 points in a short time. However, after that there was selling pressure in the market for the next half hour, which took the Sensex down to the level of 52,630.91 points.

Also read this news: This woman had sex with 10 men! But not one could be satisfied, told this reason

Similarly, the Nifty of the National Stock Exchange (NSE) also started trading today with a gain of 28.45 points from the level of 15,776.90. Nifty also made a continuous bullish trend in today’s first session due to active buyers. Due to the sell-off after the initial rally in the market, the Nifty once declined marginally and its level also reached 15,774.25 points, but after reaching this level, the Nifty started jumping continuously. In the first 50 minutes of trading, the Nifty jumped above the level of 15,800 and reached the level of 15839.10. There was an all-round bullish atmosphere in the stock market at that time and it seemed that Nifty did easily and would reach the level of 15,900 points. But in the second session, the situation completely reversed as soon as the bears dominated the stock market. Due to which the Nifty, which was continuously filling upwards, started sliding. The selling pressure was so strong that Nifty took a dive of 130.35 points from today’s top level to reach the level of 15,708.75. However, the situation improved marginally at the end of the day due to settlement of deals, due to which the Nifty closed at 15,721.50, down 26.95 points.

This morning’s business was all round shopping. In Nifty, only Financial Services Index, Private Bank Index and Realty Index were showing a decline due to selling pressure, while all other indices were trading in the green. But when the conditions changed in the afternoon, except the Nifty IT index, all the other indices reached the red targets. Nifty IT index closed with a gain of 0.63 per cent. Nifty Media index was the biggest loser of 0.79 per cent, while Nifty Bank Index declined by 6.68 per cent, Nifty Financial Services Index 0.61 per cent, Nifty Private Bank Index 0.61 per cent and Nifty Realty Index shed up to 0.43 per cent. Today, stocks like Infosys, Reliance Industries, Divi’s Lab, Coal India, State Bank of India, UltraTech Cement and Nestle supported the stock market till the end. On the other hand, stocks of companies like HDFC, Shree Cement, HUL, UPL, NTPC, Bajaj Finserv, ICICI Bank and Power Grid Corporation trapped under selling pressure and created negative sentiments in the stock market. Among the heavyweights, Coal India gained 1.49 percent, Divi’s Lab 1.2 percent, Infosys 1.14 percent, Reliance Industries 1.09 percent and SBI Life Insurance joined the list of top 5 gainers today with a gain of 0.8 percent. On the other hand, Shree Cement 2.24 per cent, UPL 1.56 per cent, Bajaj Finserv 1.55 per cent, Power Grid Corporation 1.53 per cent and ICICI Bank 1.44 per cent became the top 5 losers today.