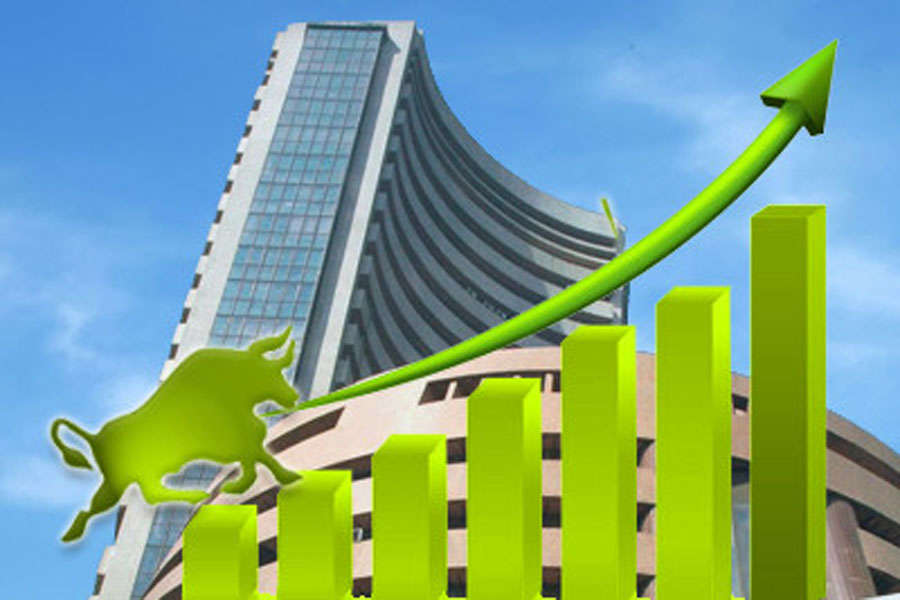 New Delhi. After Tuesday’s record-breaking rally, the stock market has started trading from record highs amid mixed global cues. The stock market opened on the record of all-time high even today and after a minor sell-off, it is continuously moving towards new highs.

The Bombay Stock Exchange (BSE) Sensex opened at a new high of 57,763.53 points with a gain of 211.14 points today. Due to the sell-off with the market opening, the Sensex fell by 485.65 points from the opening level, due to which the Sensex reached the level of 57,277.88 points in the red mark. But the subsequent buying took the Sensex back above the 57,700 mark. At this level, the bears once again tried to dominate and were successful in bringing down the Sensex by about 100 points, but after that when the buying phase started, the Sensex gained 366.32 points only after the initial 45 minutes of trading. reached an all-time high level of 57918.71 points with

This jump of Sensex was of 640.83 from today’s low level, due to which the market reached a record high in a few minutes. After this, there was a slight sell-off in the stock market in the next 15 minutes. Due to which the Sensex was trading at a level of 57824.16 points with the strength of 271.77 points, slipping slightly below today’s top level at 10.15 pm after the completion of one hour of trading.

Like the Sensex, the Nifty of the National Stock Exchange (NSE) also started trading with the strength of 53.40 points today, setting a new record at the level of 17,185.60 points. The Nifty also fell by about 37 points due to the sell-off at the beginning of today’s trading, but within a short time the Nifty reached a record high of 17,189 points with the support of strong buying. Although after this the Nifty also suffered a slight fall due to profit-booking, but after the initial 20 minutes of trading, the Nifty once again filled the trap with the support of sharp buying, with a strength of 93.55 points and a new all-time high of 17,225.75 points. reached record levels. The Nifty, however, could not sustain at this level, as the index also declined marginally due to intensified profit-booking, due to which the Nifty gained 65.95 points to reach the level of 17,198.15 points at 10:15 am after 1 hour of trading. started doing business.