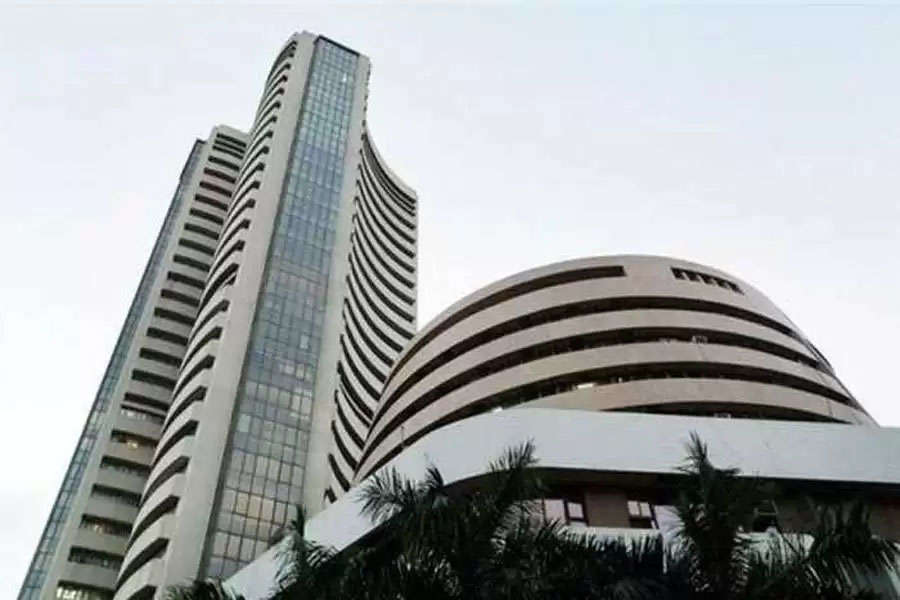 New Delhi. The strong rally in the Indian stock market during the trading week ended on Friday fully compensated the loss caused to the stock market due to the fall during the previous two trading weeks. Along with this, Sensex of Bombay Stock Exchange and Nifty of National Stock Exchange also set a new record of all time high. While the Sensex jumped for the first time and managed to cross the level of 54 thousand, the Nifty also crossed the cyclological barrier of 16 thousand for the first time.

This trading week started with all-time highs for Sensex and Nifty. On August 3, the Nifty crossed the level of 16 thousand for the first time, while the Sensex was able to cross the range of 54 thousand for the first time on August 4, while on August 5, the Sensex reached the level of 54,717.24 points and the Nifty reached the level of 16,349.45. achieved the highest level. However, both Sensex and Nifty fell marginally on Friday due to market consolidation and profit-booking. Due to this, the Sensex gained 1,690.88 points on a weekly basis, up 3.21 per cent on a weekly basis and closed at 54,277.72 points on Friday. Similarly, the Nifty also gained 3.3 per cent on a weekly basis, up 475.15 points to close at 16,238.20.

Also read this news: If Neelkanth bird is seen in Sawan then your closed luck will open

Encouraging economic results for the month of July, better performance of companies, decline in cases of corona infection, increasing pace of vaccination and relaxation in restrictions related to corona by different states are the main reasons behind the great performance of Sensex and Nifty. It is believed. Experts say that as restrictions are being eased, economic activities are expanding. Due to this the economic environment is becoming more and more positive. This has directly affected the stock market as well.

In terms of the functioning of the stock market, the BSE Large Cap Index has gained almost 3 per cent in this trading week. Due to this the large cap index reached its new high of 6,308.32 points. The shares of companies like HDFC, Piramal Enterprises, Bharti Airtel, Kotak Mahindra Bank and Eicher Motors mainly contributed a lot to the large cap index. However, the shares of Dabur India, Indus Towers, General Insurance Corporation of India and Marico continued to decline in the same index.

Similarly, the BSE Mid Cap Index made a new all-time high record on Wednesday by reaching a level of 23,478.8 points. Although the mid cap index could not sustain at this level till the end of the week, but on a weekly basis, the index ended its trade with a gain of 0.5 per cent at the end of the trading week. In this index, during the trading week, the stocks of Cholamandalam Investment and Finance Company, Godrej Industries, Adani Industries, Container Corporation of India, Tata Power Company saw good gains. On the other hand, Motilal Oswal Financial Services, Abbott India, Future Retail, RBL Bank and Vodafone Idea continued to decline.

Also read this news: Unique tradition: not only the living but the dead are also married here

Like the Mid Cap Index, the BSE Small Cap Index also made a new record of all-time high by reaching the level of 27,323.18 on August 4. In the small cap index, shares of Tejas Networks, Hindustan Oil Exploration Company and Steel Strips Wheels registered a jump of 20 to 32 per cent. On the other hand, over 10 per cent fall in Shree Renuka Sugar, Brightcom Group, Hindustan Construction Company, New Land Laboratories and Future Lifestyle Fashions closed the BSE Small Cap Index in an overall flat fashion on a weekly basis.

If we talk about the sectoral indices, then the Nifty Bank index was well ahead of all other sectoral indices during this trading week with a jump of 3.5 per cent. Apart from this, the Nifty IT index also gained 2.5 per cent, while the Nifty Media index closed down more than 4 per cent during the week.