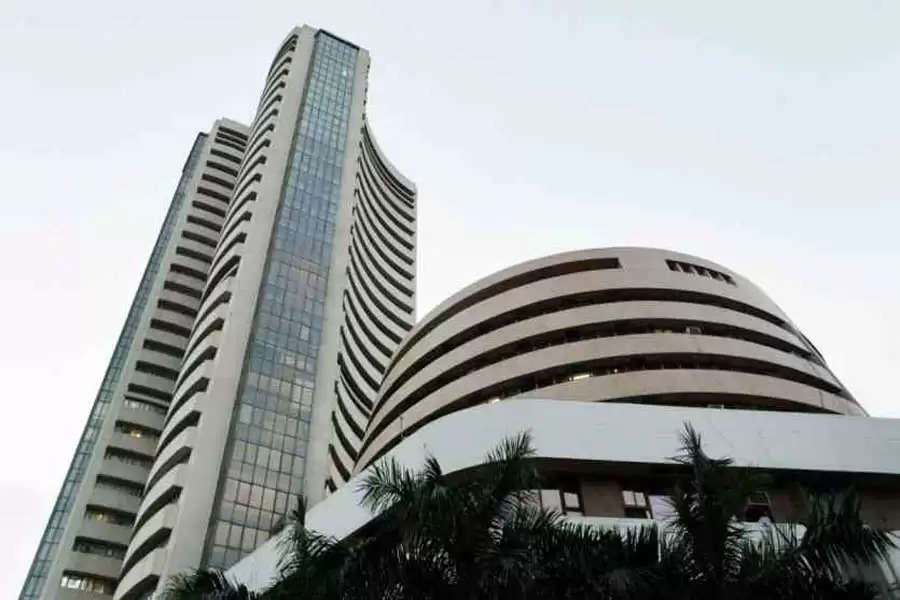 New Delhi. For the Indian stock market, the second trading day of the week was also a day of tremendous volatility like the first trading day i.e. Monday. In the first session of the stock market, where the bulls dominated, in the second session, the bears did their best to dominate the market. Due to the pressure of the bears, the stock market opened with tremendous strength by making a new record of all-time high in the morning and reached close to the red mark by the end of trading. In the end, the Sensex closed at 52,588.71, with a marginal gain of 14.25 points, while the Nifty ended today’s trading at 15,772.75 with a gain of 26.25 points. In the midst of this tremendous ups and downs, the Sensex fell from the top level by 536.56 points after making a record of going above 53 thousand points for the first time today. At the same time, Nifty also slipped down to 143.65 points from today’s top level.

The Bombay Stock Exchange (BSE) Sensex opened with a gain of 310.58 points today with a record high of 52,885.04 points. With the opening of the market, the bulls took the lead. After which the Sensex started jumping upwards on the strength of continuous buying. In the midst of heavy buying, there was a slight sell-off, due to which there was a slight fall in the Sensex from the top level at 10 am. But after this, the buying phase started once again, due to which the Sensex gained 482.65 points to reach the level of 53,057.11 points by 10.30 pm and made a new record of all-time high.

Also read this news: In this country, not only on the road, the car also flies in the air, see pictures

After crossing the psychological level of 53 thousand, the Sensex could not stay at this height for long. With the start of profit making at this level, the bears became active in the stock market, due to which there was more selling pressure than buying. Sensex was able to stay in the green mark for a long time due to the continued buying under the pressure of bears, but a few minutes before the close of the market, the Sensex fell 536.56 points from today’s top level by 52,520.55 points in the red mark. reached at. However, due to settlement of intraday deals, there was some improvement in the Sensex’s position and it ended today’s trade at 52,588.71 points with a gain of 14.25 points.

Similarly, the Nifty of the National Stock Exchange (NSE) started trading today with the strength of 94 points from the level of 15,840.50 points. Nifty also galloped on the strength of sharp buying, due to which the Nifty reached the level of 15,895.75 points with the strength of 149.25 points in a short time. However, after reaching this level, the stock market started a period of profit making, due to which the Nifty fell just 5.85 points behind its all-time high. After reaching near the level of 15,900 today, Nifty continued to dive downwards due to bearish pressure. The bears continued to dominate in the second session of the day. Despite this, the buying continued continuously, due to which the Nifty would have been seen to be falling, and sometimes it would have become a bounce situation. Despite the best efforts of the buyers, the Nifty could not rise again.

Shortly before the end of today’s trading, the Nifty fell by 143.65 points from today’s top level, due to which the Nifty reached the level of 15,752.10 points. However, in the end, there was a slight improvement in the Nifty, on the basis of which it ended the business with a gain of 26.25 points at the level of 15,772.75 points. Today, in the first session of the day, the bulls dominated the market. During this, there was an all-round bullish trend in the stock market till noon. Along with small and medium companies, there was great buying in the shares of big companies as well. Due to which both the midcap and smallcap indices of Nifty crossed the one per cent level. But due to increased selling pressure in the second session of the heart, both the midcap index and the smallcap index declined, due to which the midcap index of Nifty closed with a slight gain of 0.05 per cent and the smallcap index with a strength of 0.47 per cent. .

During the day’s trading today, the Nifty Auto Index demonstrated a strength of 1.34 percent. Besides, Metal, Media, IT, PSU Bank, Pharma and Energy indices also remained marginally stronger. Financial Services on the other hand. Selling trend continued in Realty and FMCG indices. In today’s trade, out of 30 stocks included in the Sensex, 18 remained strong and closed with a green mark, while 12 shares closed with a red mark. Similarly, 28 out of 50 stocks included in Nifty continued to show strength, while 22 stocks slipped and closed in the red mark. In the stock market today, Asian Paints, Nestle India, IndusInd Bank, Bajaj Finance, HUL and Kotak Bank remained under selling pressure. On the other hand, Maruti supported the stock market to a great extent by gaining 5 per cent.