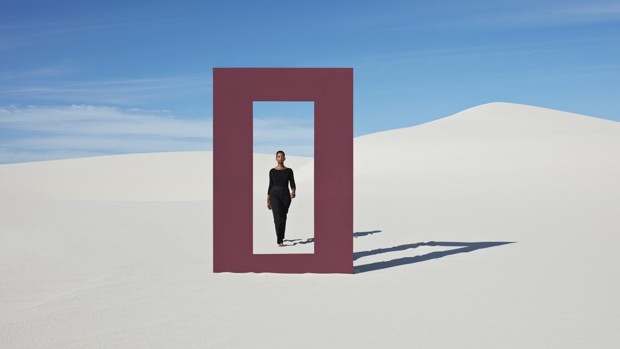 How can you claim to transform your business if the transformation work has not first been undertaken by the leader himself? This sounds like a truism, yet it is what we see most often in organizations where the change management through methods and techniques from outside and implemented by batteries of consultants.

The first step is intimate, it starts from the leader, from his person and not from his function. She invites him to reconnect with his interiority, to update his beliefs, his values, his needs to be satisfied, his frustrations, his fears but also his joys and his aspirations. It is a journey to the depths of oneself which devilishly brings out of his comfort zone, which shakes old certainties, challenges the personal paradigms on which he has always been built.

Knowing yourself beyond the social mask

The armor is cracking, there is no more room for the attributes of the ruler. It is the death of the lobster. This has a shell that acts as a spine. Take away her protection, she becomes vulnerable and collapses. For a leader, the shell represents the attributes of power, anything that gives it status and can mask its lack of inner solidity. The work on oneself makes it possible to update the artifices that the leader sets up or to which he clings to govern.

For example: a former executive who takes over a company may be tempted to “play” the CEO. This can even be one of his first unconscious motivations during his entrepreneurial choice. Such a plan will benefit from being updated to avoid managerial practices in opposition to what he advocates in his speech. Another example: a leader may wish to transform his company in order to be admired, publicized, renarcissized, finally obtain the recognition he has been seeking for a long time.

The process of introspection is not pleasant at the moment but is regenerative. The leader comes out stronger, like new, revitalized, leaving aside demonstrations of force (“I am the leader”) in favor of power, quiet strength. Paradoxically, “It is by taking the time to refocus on yourself that you will be able to better serve your team and your organization”, explains Romain Cristofini in his book Spiritual intelligence at the heart of leadership(1).

Because employees need to feel a strong, clear and above all congruent leader, to decide to commit themselves to the change requested of them.

Through this work on him, the leader will make the inner journey he asks his collaborators. This will allow him both to be modelable for them and in empathy because he will be able to testify to his own difficulties and better understand those of his collaborators. “The company cannot transform itself beyond what the manager has transformed himself” likes to repeat Antoine Blondel [dirigeant de l’entreprise d’aide à domicile Autonhome, ndlr] with accuracy. It is up to the leader to commit first to pave the way for the rest of the business.

Everything is created in two steps: the first emerges inside oneself (personal vision), the second manifests itself outside oneself (passage to action). To realize your dream, you must first dream it. Who among you is able to clearly and simply state your dream, to link it to your raison d’être? Personally, I know few people who have done this demanding exercise.

Yet one of the first skills of a leader who wants to turn his business into a butterfly is to start with to listen to himself to give birth to its raison d’être, to its vocation before transforming it into a project and then into realization. The term vocation comes from the Latin vocare which means to call. What are you called? What type of leader do you want to be? What contribution to society do you want to make? Eckart Tolle(2) tell us : “Life has an interior purpose and an exterior purpose. The first is primordial, it concerns Being. The second is less essential, it concerns the Doing. The goal, the meaning, the benefit takes precedence over the project itself, which will only take shape in a second stage. “

The first step for the leader is therefore to bring out the best he can bring to the world according to who he deeply is, to clarify his aspirations for his professional life and for his company. Its purpose will therefore be unique and singular., like himself, carrying an existential meaning in his eyes. She will become his pole star, showing him the direction and allowing him to make his choices and take his decisions in an informed way, including in times of doubt, discouragement, fear. The star will be his compass.

To bring out his raison d’être, the leader needs to listen to himself, to his deep aspirations, to what makes him happy, gives him the feeling of accomplishment, generates serenity, enthusiasm, even connects him to greater than himself. On a spiritual level (which is not religious), we could speak of a life mission or a life plan chosen by the soul for this incarnation. It goes more through emotions than by the mind, by the right brain rather than the left brain.

“God created the world as the sea created the shore: by withdrawing”, wrote Friedrich Hölderlin(3), in one of his poems. This metaphor can be applied to the leader. Not to compare him to God but to invite him to experience humility. However, abandoning the high posture in favor of the low posture is one of the most difficult stages for a leader in transformation. Listening rather than speaking, understanding rather than trying to convince, feeling rather than being permanently in reflection and action, expressing doubts rather than playing the knowledgeable, trust rather than feel indispensable, being a reed rather than an oak… here are some examples that illustrate the low posture.

It is a posture of humility which, far from translating weakness, confers astonishing power. You still have to put your ego aside. Not to annihilate it – because we need it – but to know how to discern when it comes into play and not to deceive ourselves. Whether it takes power in the form of omnipotence and overvaluation or belittlement and guilt (two sides of the same coin), in both cases the ego presents us with a distorted view, causing us to hang our perception. for reality.

We tend to be self-centered and to bring everything down to ourselves, to our little selves, which limits our potential. The decision maker, by his attributes of power, is strongly threatened by the risk of identifying with his ego (the famous lobster complex). In a Papillon company, the role of the leader is no longer to control or command but to support individuals and teams when making decisions.

By letting go of the bar, he can experience his power (and no longer his strength or power) and thus allow his collaborators to invest their own power. The low posture also invites you to share your feelings, its fears, its vulnerabilities, its doubts. Not on all occasions but in a protective setting and with selected people. Being authentic and humble rather than playing the boss is one of the first ways to work on yourself.

1. Spiritual intelligence at the heart of leadership, Romain Cristofini, Intereditions, 2019. 2. author of “The power of the present moment”, I read, 2010. 3. Poet and philosopher of the Classico-Romantic period in Germany (1770-1843).

Nadia Guiny is a coach, author and speaker. She runs the Ellyance. This text is taken from his book “The Butterfly Company. Qaund a leader wins the challenge of autonomous teams ”published by EMS Management & Society, 228 pages, 22.50 euros.

In this difficult period, entrepreneurs and managers of VSEs and SMEs need support more than ever. The Les Echos Entrepreneurs site is making its contribution by offering free information and testimonials for the coming weeks. To stay informed of entrepreneurs and startups news, consider subscribing to our daily newsletter and / or the weekly Farewell the Crisis!