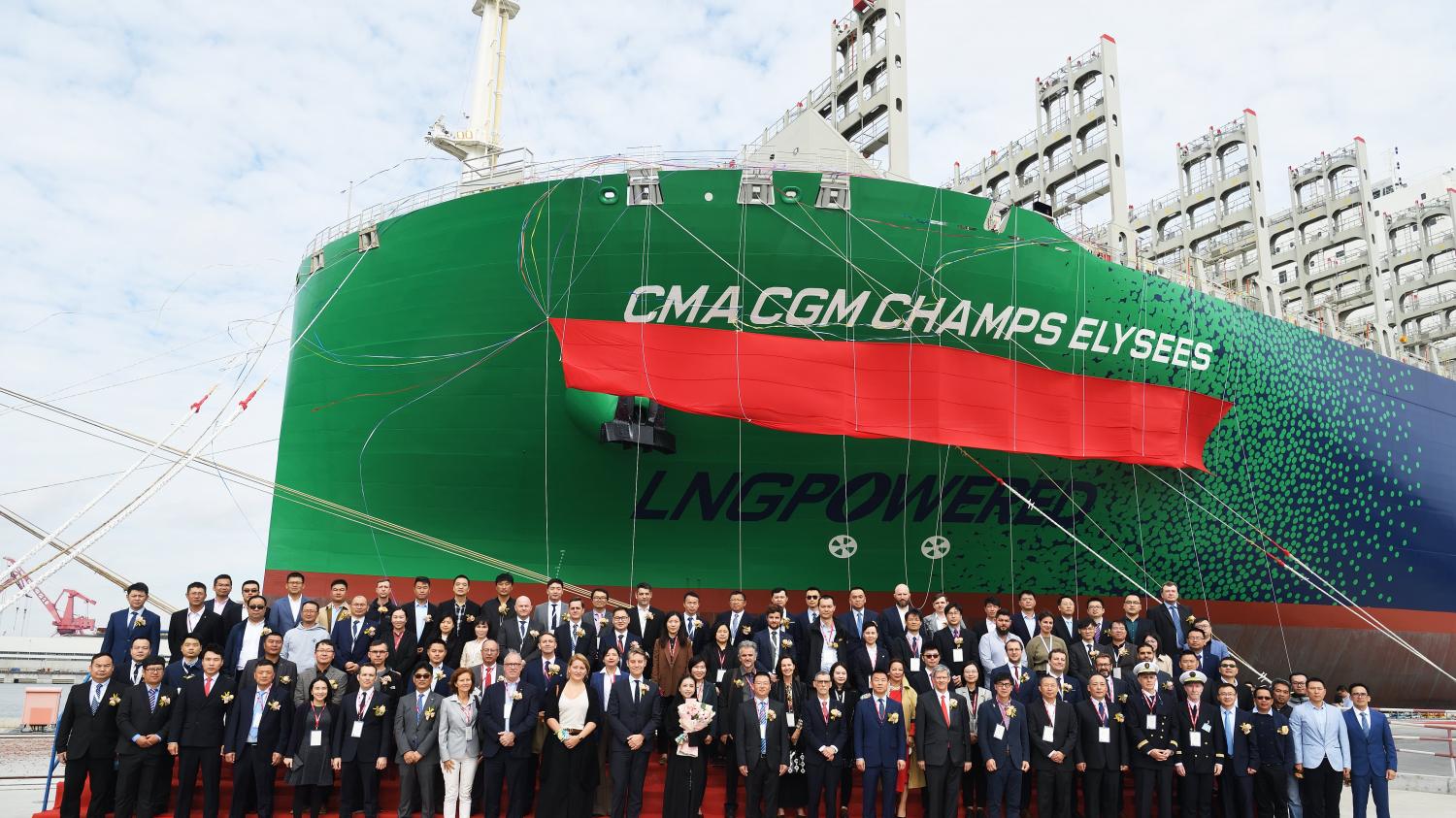 It is an event which is taking place at this very moment in Dunkirk: the largest boat in the world powered by liquid natural gas is calling there. And he’s French.

If you are reading this column on your smartphone or if you are buying your Christmas toys, there is a good chance that they reached you by one of the 5,000 container ships sailing around the world, because 95% of goods are transported by boat. This means a lot of emissions, especially sulfur, which would be the cause of 50,000 premature deaths per year in Europe.

One of the solutions adopted by CMA CGM – and this is a world first – on this 400-meter-long container ship, named the Champs-Élysées, goes through liquefied natural gas (LNG).

20% less CO2 is a significant improvement for the 50,000 large merchant ships that emit more than a billion tonnes of CO2 per year, and around 4% of greenhouse gases. The challenge is to store this fuel on board, in liquid form, at –160 ° C, which, in gaseous form, would occupy 800 times more volume.

“The incoming gas is already in liquid form, explains Xavier Leclercq. On the other hand, it is vaporized to be able to supply the engine. It is a huge thermos that has a great insulating capacity. ”

This solution could well inspire other shipowners by adapting their engines as is done for LPG cars. However, it is necessary to install tanks designed by another French company GTT, leader in this field..

If France wants to keep its place in the highly competitive maritime world, we must innovate, particularly in the green technology, the one that makes the link between economy and ecology.

We have an ambition to bring out a feeder – a small-sized vessel – with zero emissions within three to four years.

For that, it is not only necessary to work on new energies such as hydrogen, but it would then have to be kept at a temperature below – 250 ° C! Alternative energies are also progressing, such as those imagined by the VPLP agency, of naval architect Marc Van Peteghem, on his new boat equipped with gigantic wings to transport Ariane rockets.

We can also work on the shape of boats, often inspired by nature, which offers less resistance to water. Without forgetting the optimization of the propellers and motors, whose noise, moreover, disturbs the aquatic fauna. But it is also a question of society where we always import more products, without worrying about the local environmental and social consequences.