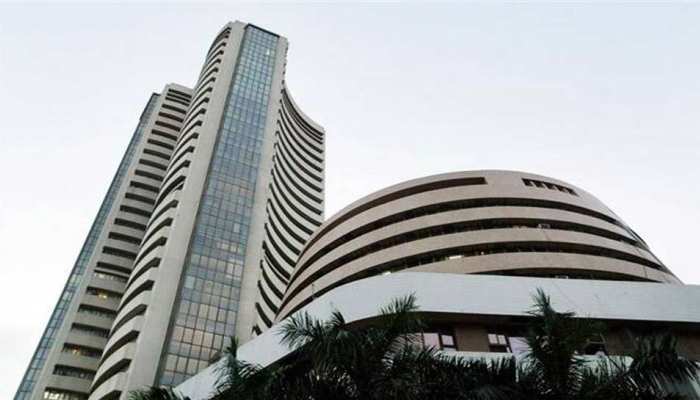 New Delhi. The Indian stock market has been continuously fluctuating since this morning. Sometimes the emphasis of buying increases, and sometimes the sellers dominate the market. Since the start of today’s business, due to the emphasis of buying and selling, the stock market is continuously moving up and down between the green mark and the red mark.

Amidst the trading of the first session, the Bombay Stock Exchange (BSE) Sensex managed to reach the level of 53,006 points after crossing the 53 thousand mark once, but the selling pressure at the same level pushed the Sensex down again.

The BSE Sensex today started trading at a level of 52,919.71 points with a slight gain of 58.53 points. As soon as the trading started, the Sensex fell 167.95 points to the level of 52,751.76 points under selling pressure. But in the next ten minutes, on the strength of strong buying, the Sensex took 226.70 points and reached the level of 52,978.46 points. The period of sharp selling and buying did not stop here.

Once again the sellers dominated the market, due to which the Sensex fell again and reached the red mark. However, the Sensex did not stay in the red mark for long. The buying force took the Sensex to the green mark in a short time. Between continuous buying and selling, the Sensex was trading at a level of 52,881.23 points with a slight gain of 20.05 points at 1.45 pm.

Also read this news: Girls are not getting married here because of monkeys, people are afraid to bring the procession

Like BSE, due to continuous buying and selling in NSE, Nifty was also seen trading in red mark and sometimes in green mark. Amidst the volatility, at 1.45 pm, the Nifty was trading at a level of 15,818.80 with only 0.55 points indicating strength.

In the current business, there is continuous buying in small and medium stocks. Due to which the mid-cap index of Nifty is trading with a gain of 0.30 percent. At the same time, the small cap index has also remained up 0.40 percent. Today there is a slight decline in the auto and media sector, while the trend of buying remains in the realty sector.

Also read this news: Marriage is not done in this village at night, day to save money.