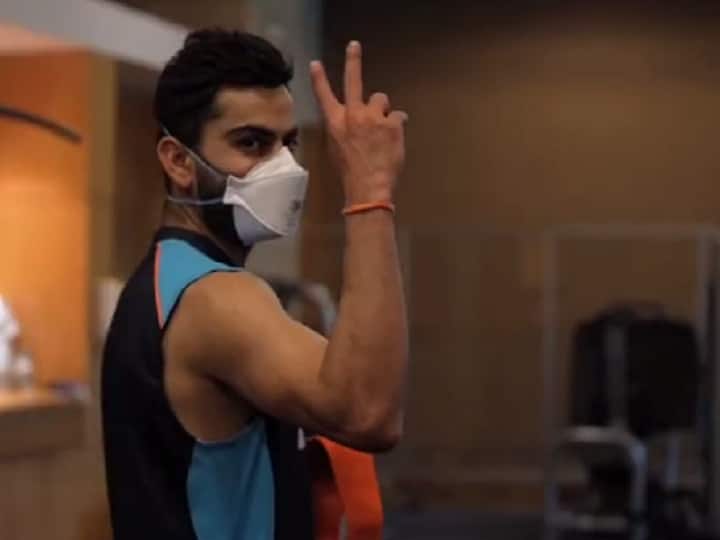 The members of the Indian cricket team are leaving no stone unturned in their preparations for the upcoming ICC World Test Championship Final (WTC). All the players are sweating profusely in a hotel in Mumbai these days. The Board of Control for Cricket in India (BCCI) has shared a video of Team India’s gym session on its official Twitter handle, which is becoming fiercely viral on social media.

In the video, Indian captain Virat Kohli, Ajinkya Rahane, Ravindra Jadeja and Cheteshwar Pujara can be seen running on the treadmill. Along with this, fast bowlers Jasprit Bumrah and Mayank Agarwal are also seen in the video. Indian players seem to be working hard for the big match in Southampton on 18 June.

Mumbai players and support staff were initially not allowed to mingle with other members from different parts of the country as a precaution. While sharing a video of Team India’s first gym session, BCCI wrote in the caption that the preparations for Team India are in full swing while sweating in the gym before the ICC World Test Championship final.

Let us tell you that Indian players often share pictures and videos of their workouts on social media. Fans also like this style of cricketers a lot. India spinner Axar Patel on Sunday shared a picture of his quarantine from a Mumbai hotel on social media. In which the left-arm spinner was seen in the gym along with fast bowler Jasprit Bumrah and batsman KL Rahul. While posing with Bumrah and Rahul, Akshar wrote in the caption, “We rise by lifting others.”

The 20-member Indian team, along with support staff, has been in quarantine in Mumbai since May 19, which will last for 14 days. The Indian team will reach England on June 3 by a chartered plane. The WTC final will be played between India and New Zealand from June 18. After this, Team India will play a series of 5 Test matches with England.