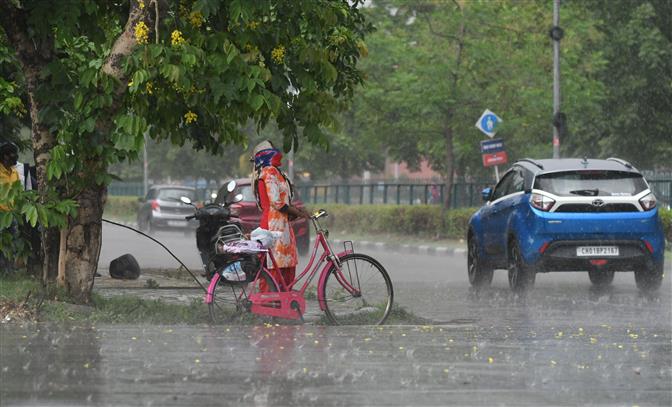 A thunderstorm hit the region for the second time in as many days on Monday, snapping power lines in several parts of Punjab.

Electricity poles were reportedly damaged in many villages across districts in Punjab.

“Current power load of whole Punjab is only 3400MW. This means that most of Punjab is facing a blackout. This low load in peak summer is alarming. Usually, 3000mw is the load during peak winter December and January,” a top official from Punjab State Power Corporation Limited said. “Our officials are working hard in the field but due to high-velocity winds, our field staff is finding it hard to rectify the problem.”

Senior PSPCL officials said later that power had been restored in most cities in Punjab, and that its officials were now working toward restoring supply lines to villages.

Until 9.15 pm, Chandigarh reported 4.6 mm rain and winds up to 20-30 km per hour, officials at the regional office of the Indian Meteorological Department said.

Rain and wind velocity may likely increase, the officials said. Rain is on the Met department’s Chandigarh forecast for Tuesday and Wednesday.

Gusty winds took down trees in several sectors of the city for the second day in a row. Officials from Chandigarh Municipal Corporation said these would take some time to clear given that they already have to clear the ones from the previous day.