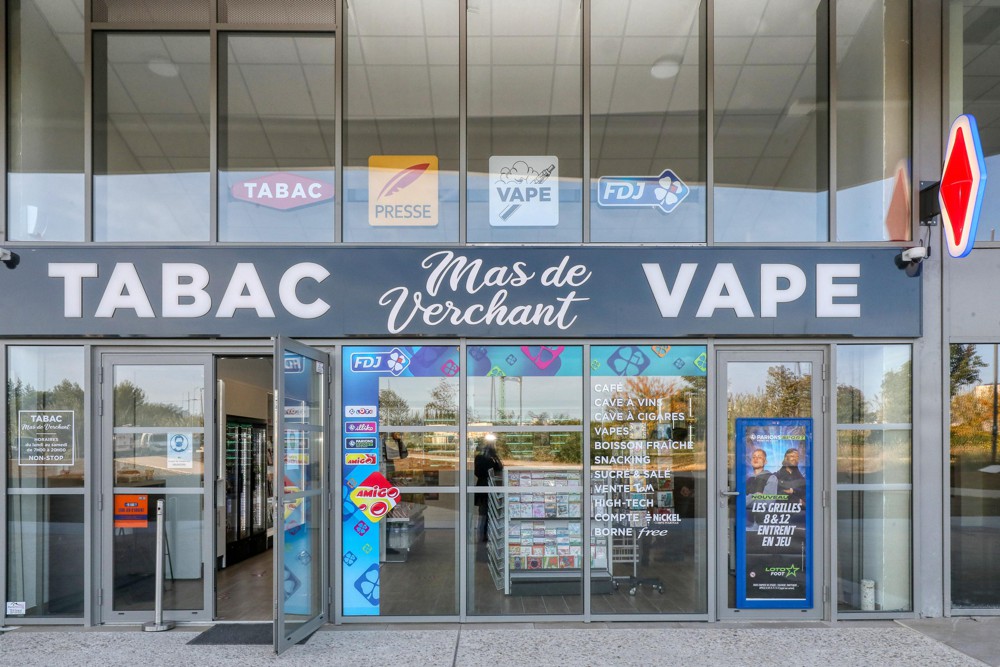 Tobacco vendors they are, tobacco vendors they will stay. But not only. Already distributors of newspapers, takers of games and bets on behalf of the FDJ and PMU, cafetiers, bartenders, even restaurateurs, tobacconists continue to add strings to their bow. Of tobacco dealers, they intend to become real local traders, and even “Of local utility” to use the formula dear to the president of their Confederation, Philippe Coy. A utility that they must of course seek elsewhere than in the sale of cigarettes.

Elected at the head of the trade union in October 2017, this tobacconist who runs a point of sale in Lescar (Pyrénées-Atlantiques) understood it very quickly. Shortly after taking office, he called in an interview with “Echoes” those they now represented at “Change software”, and even to be partners in the “tobacco-free month” operation, institutionalized in November and which has become “the month of vaping” in the network of some 24,000 tobacco shops. “

Because vaping is one of those activities that are shaping the new face of tobacconists. “It is also a public health and business issue, because it’s a marginal product. But this new profession requires a little more technicality ”, underlines Philippe Coy. And to bring its members on this path, the Confederation of tobacconists did not hesitate to recruit an influencer and launch a YouTube channel to familiarize them with these products. The result was not long in coming. While the network held around 15% market share two to three years ago, it currently owns 23%, with a business volume of 220 million euros, specifies its president.

Collections on behalf of third parties

But beyond what is ultimately not very far from their core business, tobacco shops are developing many services and testing new products. In July 2019, the Confederation in consortium with the FDJ thus won a call for tenders launched by the DGFIP, the general directorate of public finance at the Ministry of the Economy, to collect sums owed to it by individuals. Since its launch, this new service has been offered in just over 5,000 points of sale, compared to the minimum 4,400 provided for in the specifications. And according to Philippe Coy, they are now more than 9,000, paid by the act 1 euro 50. In 2020, a very special year, 360,000 collections were recorded in the second half of the year, and already 90,000 in January 2021.

Last month, the Confederation signed a partnership with the FDJ in order to extend this know-how of collection on behalf of third parties to other partners. An experiment is underway with the social landlord Seqens (formerly France Habitation) in Ile-de-France, and the professional union has been approached by energy companies and operators in the water sector, indicates its president.

In addition to these new services, tobacconists are encouraged to review their offer based on new consumer behavior. The Sodebo group is thus testing the sale of snacking products in around thirty tobacconists. In Haute-Garonne and Cher, tobacco shops are working with the departmental federations of the FNSEA, the main agricultural union, in order to offer baskets of dry products and vegetables from local producers.

In another genre, others offer a key concierge service in partnership with ProximiKeys, when some are testing the sale of home automation equipment, such as cameras to protect property or monitor isolated elderly people. In short, tobacconists are more and more traders. And for Serge Papin, the former president of Système U consultant to the Confederation of tobacconists, the final step could be for their union to become a group and that a brand, beyond the famous red carrot revisited with blue and white borders, unites this network. This could be the issue of the mandate of the next President of the Confederation, who will be appointed at the end of 2021.