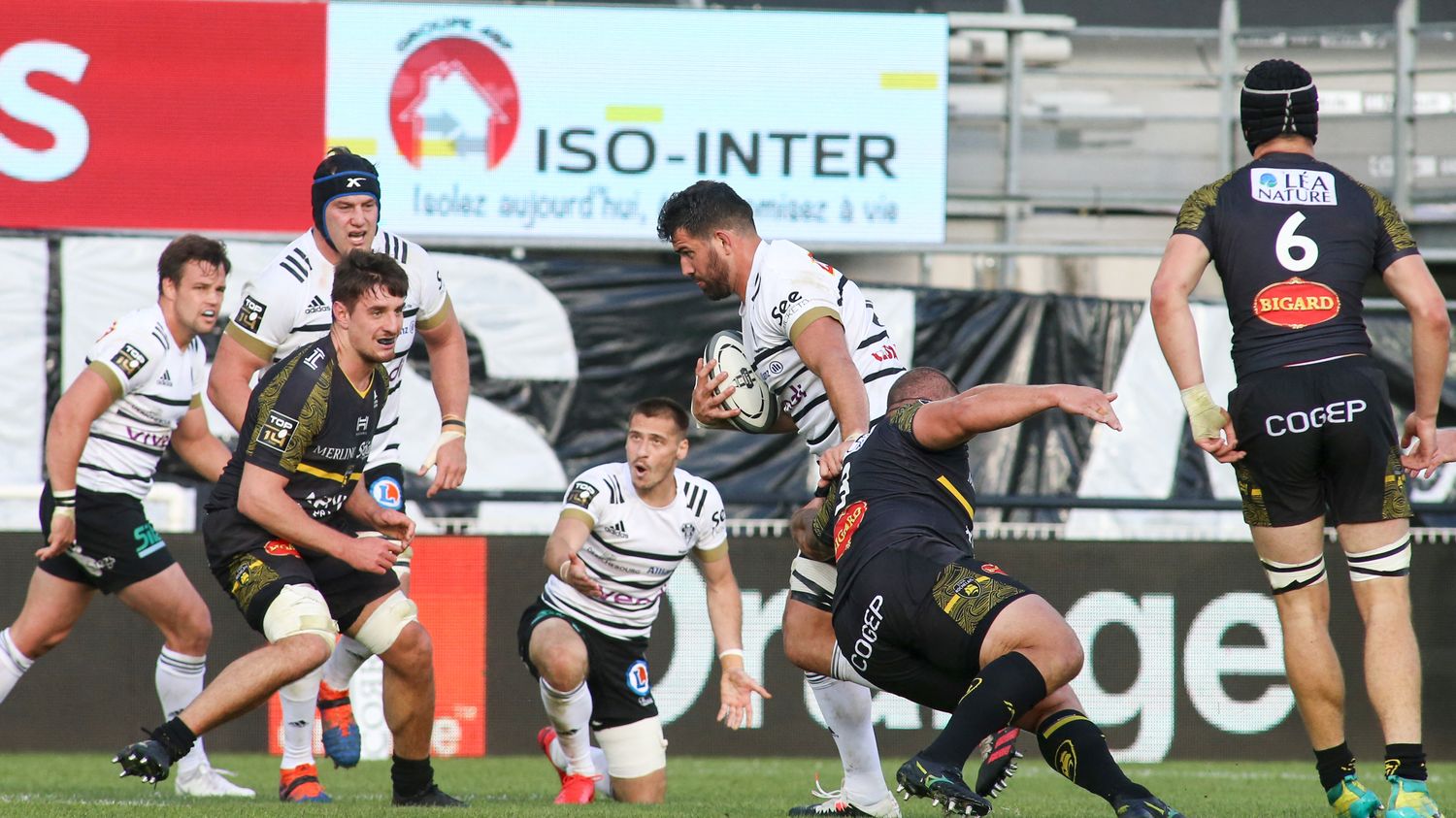 In the race for maintenance, Brive and Montpellier were received for catching up on Tuesday against La Rochelle and Toulon in late matches for the 21st and 22nd days of the Top 14, exceptionally disputed in the middle of the week.

The two teams distanced themselves from the bottom of the standings over Pau and Bayonne, between which the fight should now be played out to avoid the penultimate place synonymous with a dam.

Thanks to its improved success against the La Rochelle dolphin (24-12), CA Brive now enjoys a ten point lead over Aviron Bayonnais, currently 13th, while there are only three games left to play by the end of the regular season.

Enhanced success
Good and not so good for the CAB which once again knew how to react to win this precious victory for the future. The lack of precision and indiscipline put the ⚫⚪ under pressure against the Rochelais full of desires.#CABSR pic.twitter.com/7n1fx5LLaP

Winners of Toulon in the evening, also with an offensive bonus (29-10), the Montpellier have the same mattress, but they still have to play a game late in an overloaded schedule as they approach their European Challenge final next week against the English of Leicester.

# TOP14 #MHRRCT
The @MHR_officiel getting closer to sustaining after a solid match!

Too undisciplined the @RCTofficiel does not bring back any points and remains under pressure in the race for the Top 6 pic.twitter.com/63b18dbeE7

Their incredible marathon, with five meetings in the space of three weeks, has so far started perfectly. Already falling from La Rochelle on Saturday with a bonus (32-22), they put it back three days later against another big one, the RCT, thanks in particular to an inspired kicking game.

Despite the return to competition of their South African world champion Eben Etzebeth, the Var missed the opportunity to climb on the podium after teaching the Toulouse leader (44-10).

In danger after his defeat at home this weekend against the French Stadium (31-28), Brive was able to correct the situation Tuesday against the Rochelais largely overhauled, with the kick-off five players who discovered the Top 14. Jostled , the Corréziens still assured the essential by resting on their fundamentals, like the two tests registered in power by their third line Fijian Kitione Kamikamica.

“The maintenance is not yet done. We did most of the work, but there are still three games“, tempered Brivist coach Jeremy Davidson to better keep his players under pressure until the end.

The Maritimes have them chained a second consecutive setback, but they left Corrèze with their heads held high, reassured of the potential displayed by their young shoots. “I want to retain the state of mind“, reacted to the final whistle the opener Jules Plisson at the microphone of Canal +,”proud“the performance of his teammates while”everyone promised (them) hell“.

Before its European Cup final against Toulouse on May 22 at Twickenham, La Rochelle will have the opportunity to start again on Saturday in the league with the reception of the red lantern, Agen. Brive, Montpellier and Toulon also have only four days to breathe before putting the cover back, respectively against Lyon, the French Stadium and Clermont.