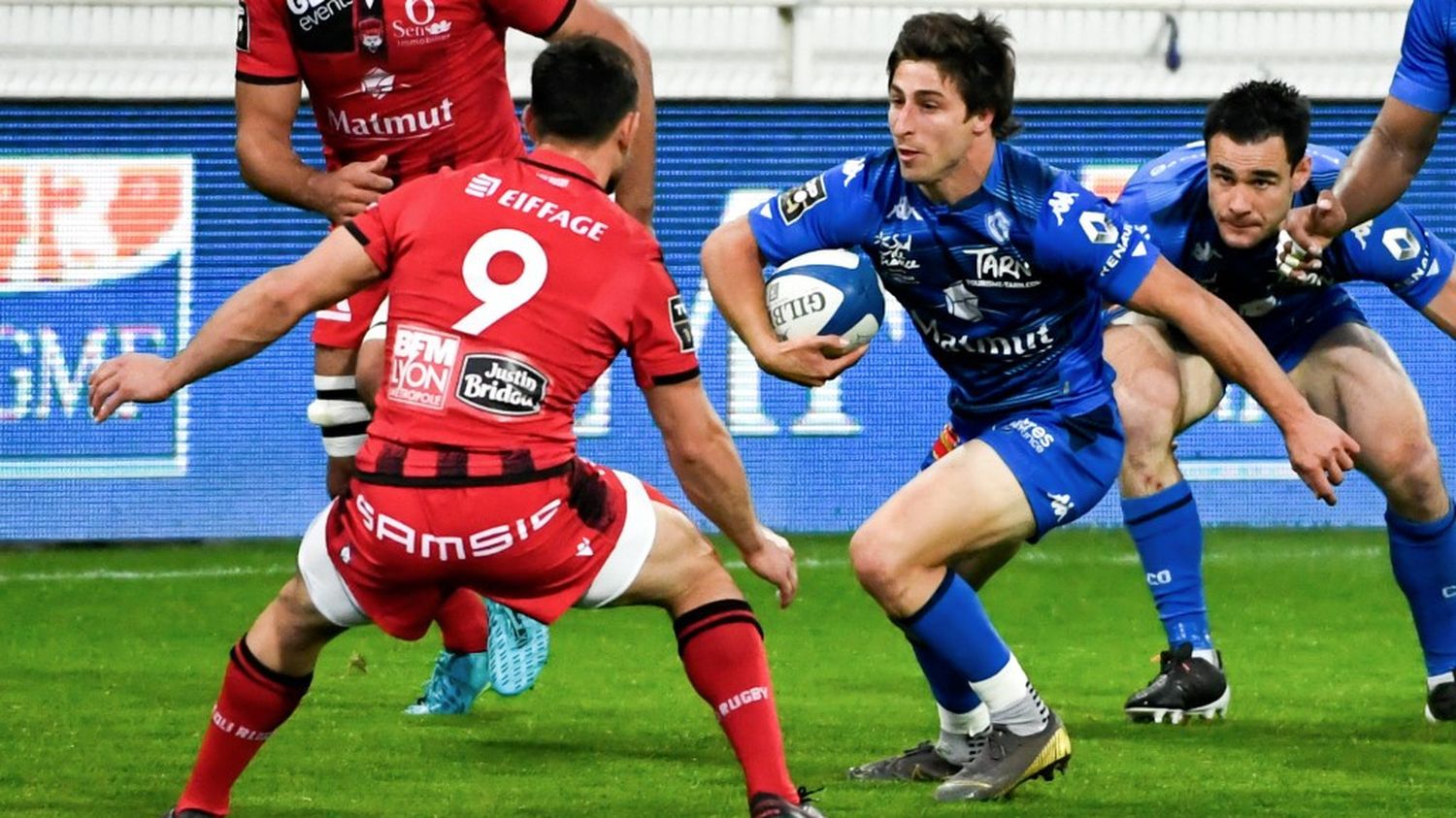 It will be necessary to count on Castres in the race for the qualification for the final phase of the Top 14. The Tarn club dominated Friday May 7 (37-29) one of its direct adversaries, Lyon, at the opening of the 23rd day, thanks to including a double from his Fijian winger Filipo Nakosi.

Thanks to this fifth success in a row, the tenth in 13 matches since the start of 2021, the CO temporarily climbed to fifth place in the standings. Unexpected heights for the Castres, who were still moping in the penultimate place in December before coach Pierre-Henry Broncan took the lead.

It is a stopping blow, however, for the Lyonnais, doubled by their evening opponent, but whose schedule seems more favorable during the last three days of the regular season, with in particular the receptions of Brive and Agen.

Castres winger Nakosi won his match in the match with his Lyon half-brother Josua Tuisova, scoring a try in each half, his 10th and 11th of the season. After having signed three doubles during the last three days, Tuisova only scored one this time, in stoppage time. A test nevertheless very important since it deprives Castres of the offensive bonus and allows him to join the Toulousain Matthis Lebel at the head of the best directors of the Top 14, with 13 achievements.

# TOP14 #COLOU – D23
In this crucial face-to-face for 6th place, it is the @CastresRugby who hit the mark! Thanks in particular to 4 registered tests but also with the precision of his pistolero Benjamin Urdapilleta pic.twitter.com/hzIfbqfrzh

Wilfrid Hounkpatin, in power after a penalty played by hand, a house specialty, and Bastien Guillemin, at the end of a school movement, also went behind the line on the Tarn side, while the international scrum-half Baptiste Couilloud scored the first try in Lyon (54th).

The OC has in any case marked the spirits before facing in the coming weeks two other competitors for the top 6: Bordeaux-Bègles and Toulon. Like the year of his title in 2018, he seems more than ever able to play the spoilsport at the end of the season. Her favorite role.