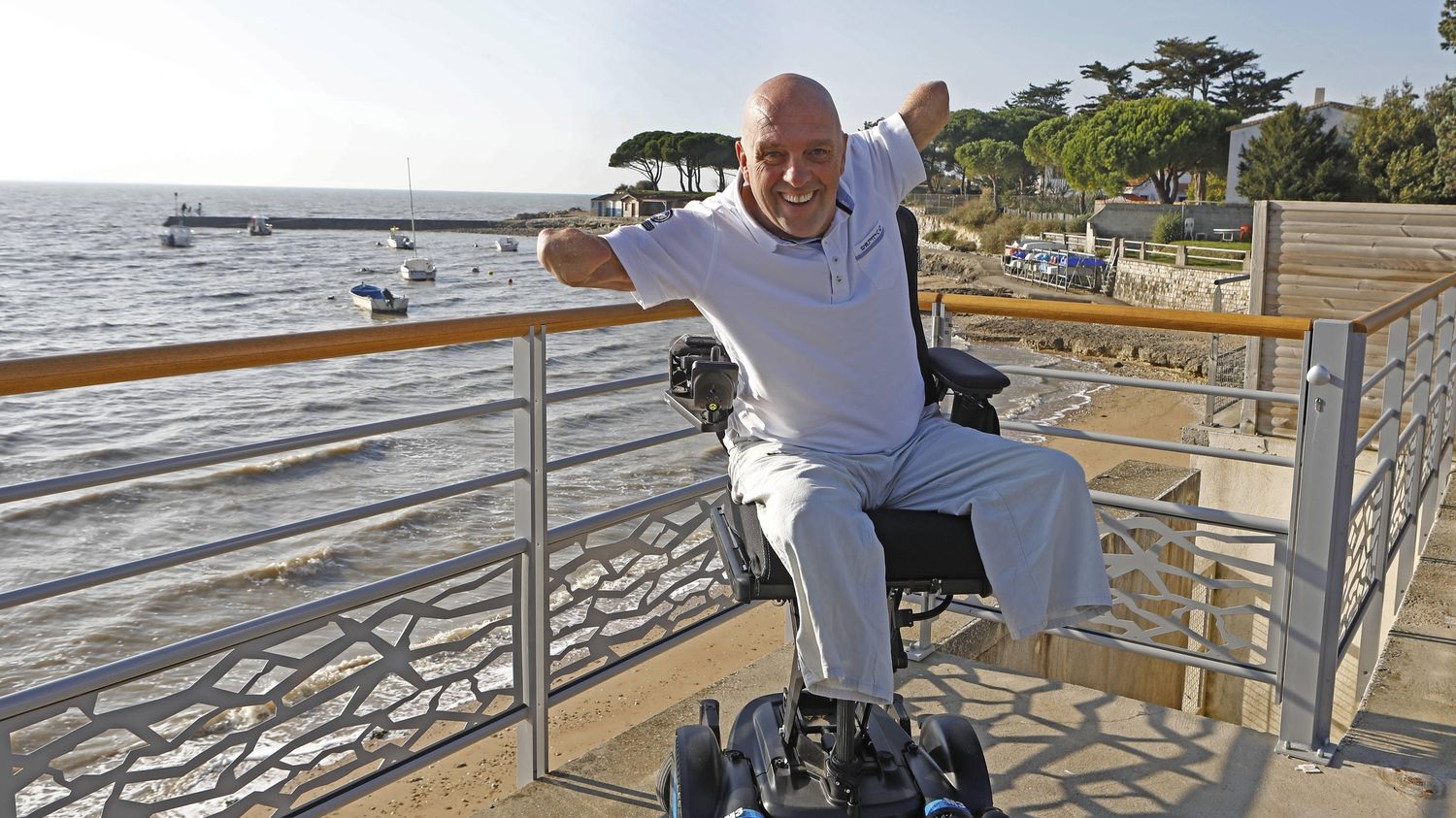 “A childhood dream” : at 52 years old, Philippe Croizon, a four limb amputee, has already linked the four continents by swimming, participated in the Dakar rally and now wants to go into space, despite his handicap. After having challenged Elon Musk on Twitter, the American billionaire promoter of civilian flights in space, Philippe Croizon will be at the Cape Canaveral launch base in the United States next October to attend the takeoff of the first tourist rocket. He will also initiate physical preparation to perhaps go to space in his turn.

franceinfo: Your goal is to become the first disabled person to conquer space. For that, you contacted the Americans Elon Musk, the boss of SpaceX. How did it go?

Philippe croizon : It started with a joke. I told my Twitter followers, “If I reach 50,000 followers before Christmas, in a month I will tweet Elon Musk to send me to space.” I had 54,000 followers in two hours. So caught in my own trap, I tweet Elon Musk saying, “Listen, there you go, I’m a French adventurer. I have no arms and no legs, send me into space.”

Hello @elonmusk I am a famous French adventurer without arms or legs! Send me into space to show once again that anything is possible! @SpaceX pic.twitter.com/NX9Q9ShcUE

Against all expectations, he answered me by saying “Philippe, as soon as the Starship shuttle is ready to welcome a disabled person, we send you into space. And I who never deflate, I said” My private messages are open “and since then, we exchange by email. He put me in contact with Jared, the shuttle pilot, and I have an appointment with them in October at Cape Canaveral. In October, I go there go in October for the first takeoff of the first tourist rocket with the first tourists. And then, we will discuss how to organize the flight. After, you have to be lucid, there are many things before, you have to go to medicine and training, but before crossing the Channel, I could not swim.

From a joke on the internet, you will find yourself in space …

There is the joke, but there is also this old dream which was there, which was lying around. After swimming across the continents, I told reporters: “I have one sea left to cross, it’s the sea of ​​tranquility on the Moon. And when I was done, I said” now , I have one goal left, and that is to go into space. […] In my lectures that I give permanently: it is about the rebound of resilience, the return to life, “anything is possible”. The only thing is that you have to dare to try your luck and not be afraid. This is my mode of operation. I have dreams, desires. What prevents me from making them? Apart from our fears? That’s all ! I want to do it, I do it!

What are the steps? Is it possible to leave at 52?

Of course ! I am in the prime of my life. […] It’s going to be a preparation just like the astronauts. The three people, who will be leaving with Jared Isaacman in October, have training from March until October, like the astronauts to prepare physically. Afterwards, it’s a “trip”. We are seated. It’s still a two to three day trip. It is three days around the planet to turn. So the point is, it was a kid’s dream to see the stars without any light pollution and see our little planet just below and say “Wow, how beautiful it is!”