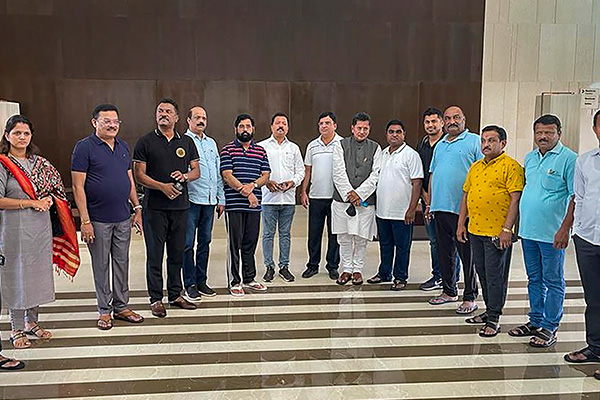 Trouble appears to be escalating for Chief Minister Uddhav Thackeray with rebels releasing photographs and videos of 42 MLAs, five more than the required 37, supporting Eknath Shinde, in one frame in Guwahati.

Legislators could be seen chanting ‘Bharat Mata ki jai’ and slogans supporting Shinde, who is now believed to be preparing to stake a claim on the Sena’s election symbol.

Earlier, Shinde tweeted a letter by Aurangabad MLA Sanjay Shirsat, highlighting grievances of legislators upset with the MVA (NCP-Shiv Sena-Congress) combine. The hard-hitting letter came a day after Thackeray said he was ready to quit if the MLAs wanted him to.

In the letter, Shirsat has said that Thackeray’s inner circle stopped Shiv Sainiks from meeting him. Without naming the members of the ‘coterie’, the Aurangabad MLA also blamed those elected to the legislative council and Rajya Sabha for the lack of communication and connect.

Earlier, Bharat Gogawale, who was appointed on Wednesday appointed the chief whip by rebels, said 42 Shiv Sena MLAs are supporting Eknath Shinde and more would join. 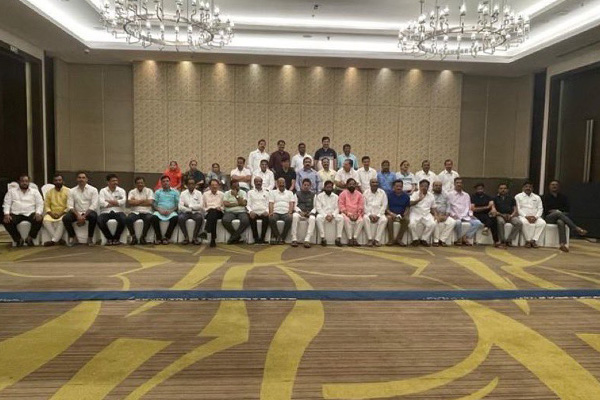 “We are with Eknath Shinde. Let us see what happens,” he said in response to whether the rebels would form a separate party or go with the BJP.

On whether Shinde would be the next CM, Gogawale said, “Who does not want to become the CM. He is the first choice.”

Sources said the rebels, after Uddhav Thackeray turned down Shinde’s offer to go with the BJP, have “no faith in the Sena leadership supported by the crutches of the NCP and Congress”.

Meanwhile, around 17 Sena MLAs supporting Thackeray attended a meeting at Varsha, the official residence of the CM, in Mumbai.

Calling the MVA alliance “unnatural”, Shinde who is emerging as the leader of the rebel camp, on Wednesday said only the NCP and Congress benefited from the tie-up.

“In the past two-and-a-half years, the MVA government benefited only the constituent parties (NCP and Congress),” he said.

While the constituents got stronger, the Shiv Sainiks and Sena got weaker, Shinde added.