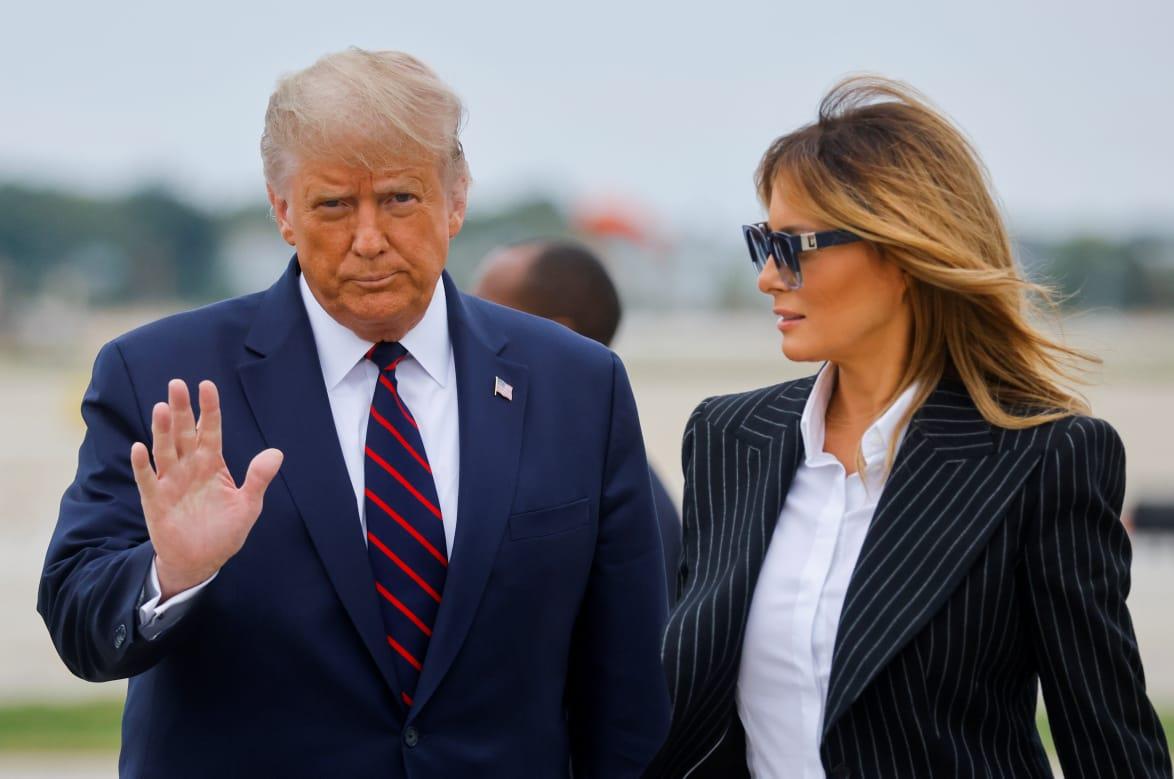 US President Donald Trump, in a video shared on Twitter on Friday evening, said he thinks that he is “doing very well” and thanked people for his support after he was tested positive with for COVID-19 a day earlier.

“I want to thank everybody for the tremendous support. I am going to Walter Reed hospital. I think I’m doing very well but we’re going to make sure that things work out, “Trump said in a short 18-second video that he tweeted moments after he arrived at the Walter Reed military hospital in Bethesda.

“The first lady is doing very well. So, thank you very much. I appreciate it. I will never forget it,” said the president.

According to the White House, Trump will be working from the primary office at Walter Reed military hospital over the next few days.

Earlier, the president walked from his residence to take Marine One at the South Lawns of the White House to travel to Walter Reed hospital.

“President Trump remains in good spirits, has mild symptoms, and has been working throughout the day,” White House Press Secretary Kayleigh McEnany said.

“Out of an abundance of caution, and at the recommendation of his physician and medical experts, the president will be working from the primary offices at Walter Reed for the next few days,” she said.

“President Trump appreciates the outpouring of support for both him and the first lady,” she added.

Earlier, president’s physician Sean Conley in a memo released by the White House said that as a precautionary measure the president received a single 8-gram dose of Regeneron’s polyclonal antibody cocktail. “He completed the infusion without the incident,” he said.

In addition to the polyclonal antibodies, the president has been taking zinc, vitamin D, famotidine, melatonin and a daily aspirin, Conley said.

“As of this afternoon, the president remains fatigued but in good spirits. He is being evaluated by a team of experts, and together we will be making recommendations to the President and first lady in regards to next best steps, ”he said.

Dr Conley said First Lady Melania Trump remains well with “only a mild cough and headache”, and the remainder of the first family “are well and tested negative for SARS-CoV-2 today”.

“Thank you for the love you are sending our way. I have mild symptoms but overall feeling good. I am looking forward to a speedy recovery, ”the first lady said in a tweet on Friday afternoon.

In an interaction with reporters, White House Chief of Staff, Mark Meadows, said the president and the first lady remain in good spirits.

“The president does have mild symptoms and as we look to try to make sure that not only his health and safety and welfare is good we continue to look at that for all of the American people,” he said.

“He continues to be not only in good spirits but very energetic. We’ve talked a number of times this morning. I got the five or six things that he had tasked me to do like I do every single morning. And he is certainly wanting to make sure that we stay engaged, ”Meadows said.

He said it is critically important the doctors continue to monitor the health of the president and first lady.

“The great thing about this president is not only is he staying committed to working very hard on behalf of the American people, his first question to me this morning was how’s the economy doing, how are the stimulus talks going on Capitol Hill,” Meadows said.

“Under the guidelines of the centers for disease control (CDC), the Vice President is not considered a close contact with any individuals who have tested positive for COVID, including President Donald J Trump. Vice President Mike Pence does not need to quarantine, ”he said.

“Vice President Mike Pence remains in good health and is free to go about his normal activities,” Schonau said.

White House Press Secretary Kayleigh McEnany, in her interaction with reporters, said the president had mild symptoms, but he is hard at work.

“We’re having to slow him down a little bit.” He’s been on the phone with the Senator McConnell, Senator Lindsey Graham, been on the phone with Chief of Staff Mark Meadows talking about an emergency declarations four states as well as stimulus. So, he is hard at work despite the mild symptoms, ”she said. PTI