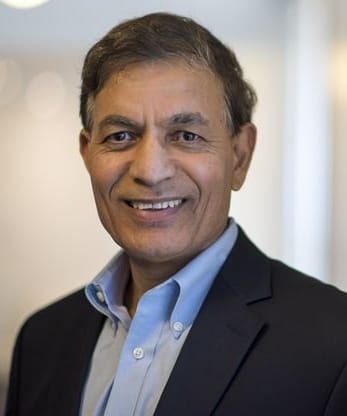 Jay Chaudhry, a native of Panoh village in Himachal Pradesh’s Una district, was on Wednesday named among the top-10 Indian billionaires in the USA.

Jay Chaudhary, now a US citizen, is the CEO and founder of Zscaler, a cyber-security company.

Born as Jagtar Singh Chaudhary to Bhagat Singh and Surjeet Kaur in 1959, Jay was the youngest among three brothers.

He passed his Class X from a village school before topping the Prep under Himachal Pradesh University.

Chaudhary used to walk 4 km every day to his school and his teachers remember him as brilliant student and a class topper.

He did his graduation from BHU, Varanasi, and later acquired master’s and MBA degrees from the University of Cincinnati.

Jay Chaudhary’s elder brother Daljeet, who retired as Principal from a government school in Una, is proud of his brother’s achievements. Talking to the mediapersons, Daljeet said Jay was a hard worker and even though he faced many problems in life, he never gave up. His hard work has been paid off, he said.

In 1997, Jay founded Secure IT and Cipher Trust. He is also a board member of Air 2 Web.

After Zscaler’s March 2018 IPO, Chaudhry was reckoned to be a billionaire. In the same year he made it to the finals of the EY Entrepreneur of the Year Award program in Northern California.

With a net worth of 6.9 billion US dollars, Chaudhry was included in the 2020 Forbes 400 list of richest people in America, included 85th in the list. He was one among the seven Indian-Americans who made the list.

Jay is married to Jyoti and the couple have three children. They live in Saratoga, California.