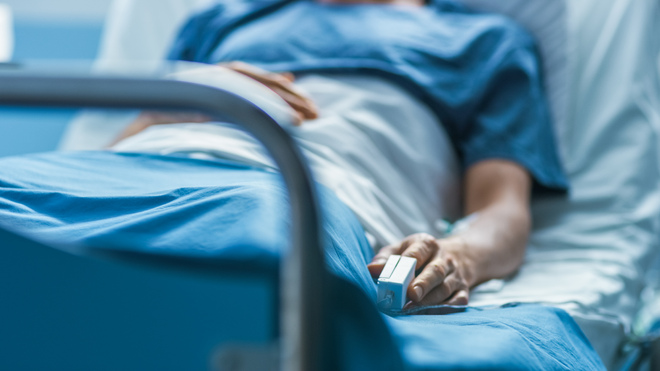 After two days of hue and cry over her alleged rape in ICU of a renowned multispecialty hospital, the ‘victim’ after gaining consciousness has retracted the police complaint by her father.

The victim’s father had two days ago moved to police along with affected a handwritten note from her daughter. She had, according to him, through this note and gestures had told her that she had been “violated” in the ICU. The girl had since been unconscious and police had been waiting for her statement. She gained consciousness today and refuted any such incident.

“The girl has denied any such incident she was not well and had some foggy thoughts which she may have related with something untoward in a semiconscious state. She has given statement retracting her father’s complaint saying no rape occurred, ”CP KK Rao told The Tribune.

On October 28, Gurugram police had registered an FIR against unidentified staff of a leading multispecialty private hospital of the city for allegedly raping a Tuberculosis (TB) patient admitted there since October 21. The victim is a college student and a resident of Mahendergarh district. She, in her semiconscious state, allegedly made gestures and wrote notes telling her father about rape and made reference to pregnancy as well.

In this matter a committee was formed by health department led by civil surgeon Dr Virender Yadav who submitted report to police that “possibility of rape cannot be suspected out” and it needs proper investigation.

The police who had been waiting for victim to become conscious got her recorded statements today where she said she had foggy thoughts and may have related same to her father. She refuted any sexual assault.

Meanwhile, Haryana state women commission chairman Preeti Bhardwaj also met victim in hospital and directed hospital for her complete treatment. She told The Tribune that the doubt over the girl’s pregnancy was cleared yesterday after medical examination as she was not pregnant.

It was in today afternoon when Usha Kundu, ACP, Crime Against Women, visited the hospital to record her statement. In her statement, the girl completely denied for any allegation of rape in ICU.

It may be noted that she had written on a plain paper and hinted at some ‘Vikas’ as suspect. The police identified more than 12 staff by that name in the same hospital. All were questioned by the police.

It may be noted that the NCW had also written to Commissioner of Police, Gurugram, seeking adherence to guidelines of ministry of home affairs of completing probes in two months in cases of sexual assault. The Commission has also sought a detailed action taken report in the matter from the police.

The Investigation in-charge, ACP Usha Kundu said the victim says she had heard something from X-ray team which left her confused. The investigation revealed that the team asked her was she pregnant and in semiconscious state she believed she was pregnant.

“She claims she confused terms like intubation with intimation and exposure of chest area for X-ray. On the basis of this we have called the X-ray team for investigation, ”the ACP said.