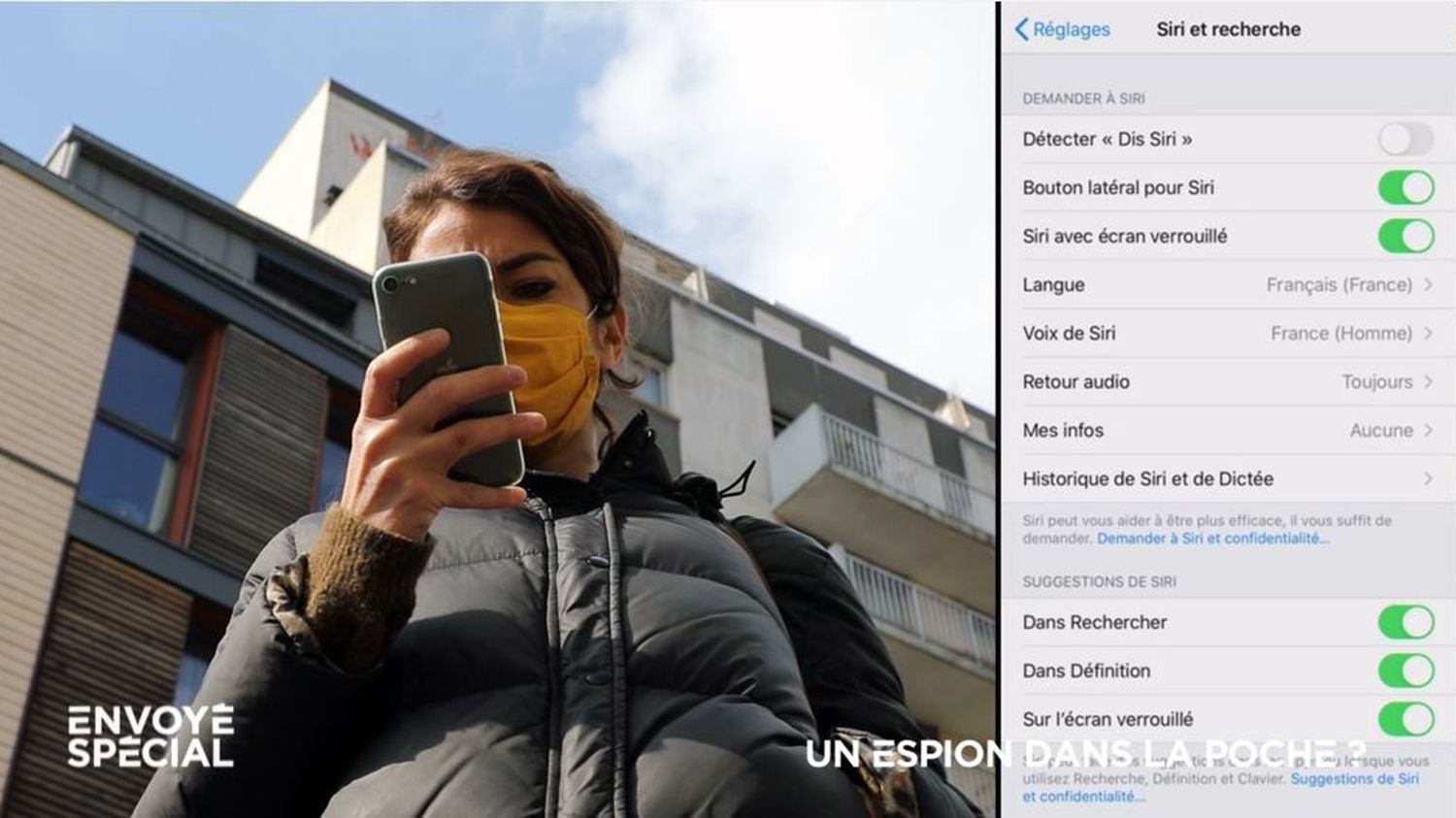 On our iPhones, it’s a revolutionary tool, an artificial intelligence at our service … You just need to call it out loud to get an answer to the most diverse questions. But since July 2019, the name of Siri, Apple’s voice assistant, has been marred by scandal. According to the revelations of the British daily Tea Guardian, users all over the world were allegedly listened to without their knowledge.

A reporter from “Special Envoy” has an appointment with one of those who were paid to transcribe these recordings. Thomas Le Bonniec, 26, worked for two months for an Apple subcontractor. “We were listening to real recordings of people talking to Siri, he confirms. Sometimes people talking around Siri, too. “ How many recordings has he listened to? “1,300 a day, for eight or ten weeks.”

According to him, “ten or twenty French” were working for this Cork, Ireland-based contractor on the French version of Siri – but all languages ​​were involved. Thomas Le Bonniec’s mission was to listen to the recordings to check Siri’s understanding. Otherwise, he had to correct, to improve the vocabulary and spelling of the application.

All day long, Thomas transcribes recordings: questions, SMS or notes dictated by users. Listening to bits and pieces of the private life of thousands of people, he finds himself immersed in the intimacy of people who believe they are alone with their phones… Very quickly, this work is unbearable for him. “Anything intimate you can imagine, people say by their device, and sometimes even their device. And really, it was not my place to hear that!” He therefore resigned, and left Ireland – before warning the press. After these revelations, Apple has apologized, and temporarily suspended this Siri improvement program.

What worries the whistleblower today is the use that could be made of ultra-sensitive data, if they were kept by the application. “When you are an Apple user, and you know that Apple is trying, for example, to position itself in the healthcare market, if you say that you have cancer, that someone close to you has cancer, that someone has multiple sclerosis in your family, this is information they may be interested in at any time. And if it doesn’t today, it will be tomorrow, because in the health care market in the United States is exactly the kind of information that health insurers are going to look for to drive up prices, to make people pay more for the same health insurance. “