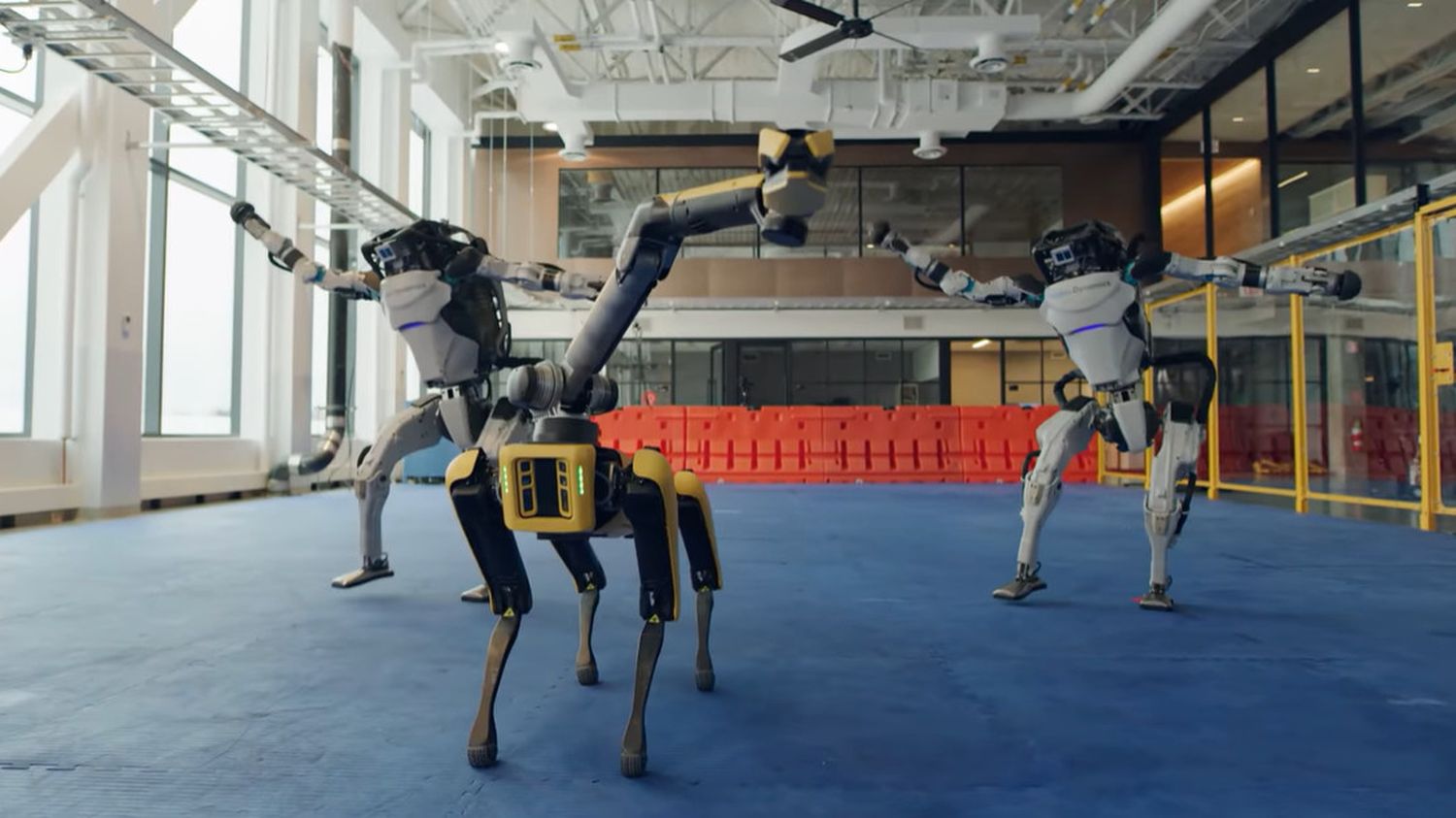 It’s a pretty bluffing ballet and, let’s face it, a bit disturbing. Boston Dynamics released a new video showcasing the incredible potential of its robots on Tuesday, December 29, to mark the transition to the new year. We see humanoid “Atlas” machines swaying to the sound of a rock standard (Do You Love Me? des Contours) and take a few small steps worthy of your best nightclub performances. The quadruped “Spot Mini”, which had already surprised its world two years ago by opening doors, is also in the game, just like “Handle”, a machine equipped with two wheels.

These robots are notably equipped withe gyroscopic sensors and software that corrects movements in real time in order to distribute the weight of the machine and avoid falling. This new video shows the significant progress made by robotic science in recent years, particularly in the management of the balance of machines, the fluidity and flexibility of their movements. For comparison, it is interesting to dive back into past videos. Two years ago, the dog “Atlas” was thus confined to much more limited movements than today.

Founded in 1992, the company Boston Dynamics was bought by Google in 2013 and then sold in 2017 to the Japanese holding company SoftBank, which this month sold 80% of its shares to Hyundai Motors. Its engineers regularly publish images of their work, with ever more astonishing results. Hopefully in the future, all this bestiary is content to help humans in noble tasks.