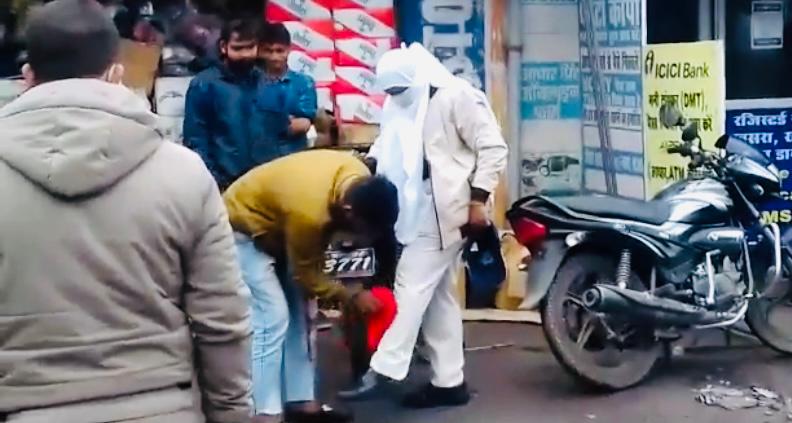 It was by mistake that a man sprayed mud over a woman police personnel trouser while he was trying to reverse his motorcycle.

But the Madhya Pradesh policewoman made sure that the man cleaned her pants and also slapped him after the cleaning.

In Rewa, Madhya Pradesh, a woman policeman got the pants cleaned by the first young man near Sirmaur Chowk. Then slapped him hard. While removing the bike, the pants of the female policeman got muddy. @ndtv @ndtvindia @DGP_MP @drnarottammisra pic.twitter.com/m0hdSJ2mrZ

While there was no video of the mud-spraying incident, a small clip of the man bending over to clean the policewoman’s white trousers has emerged online and has been widely shared.

After the man cleans the trousers, using a cloth, the policewoman, whose face cannot be seen because she has wrapped a white scarf around her head, slaps him and walks away.

The policewoman has been identified as Shashi Kala, a Constable from the Home Guard who has been posed to the Collector’s office.