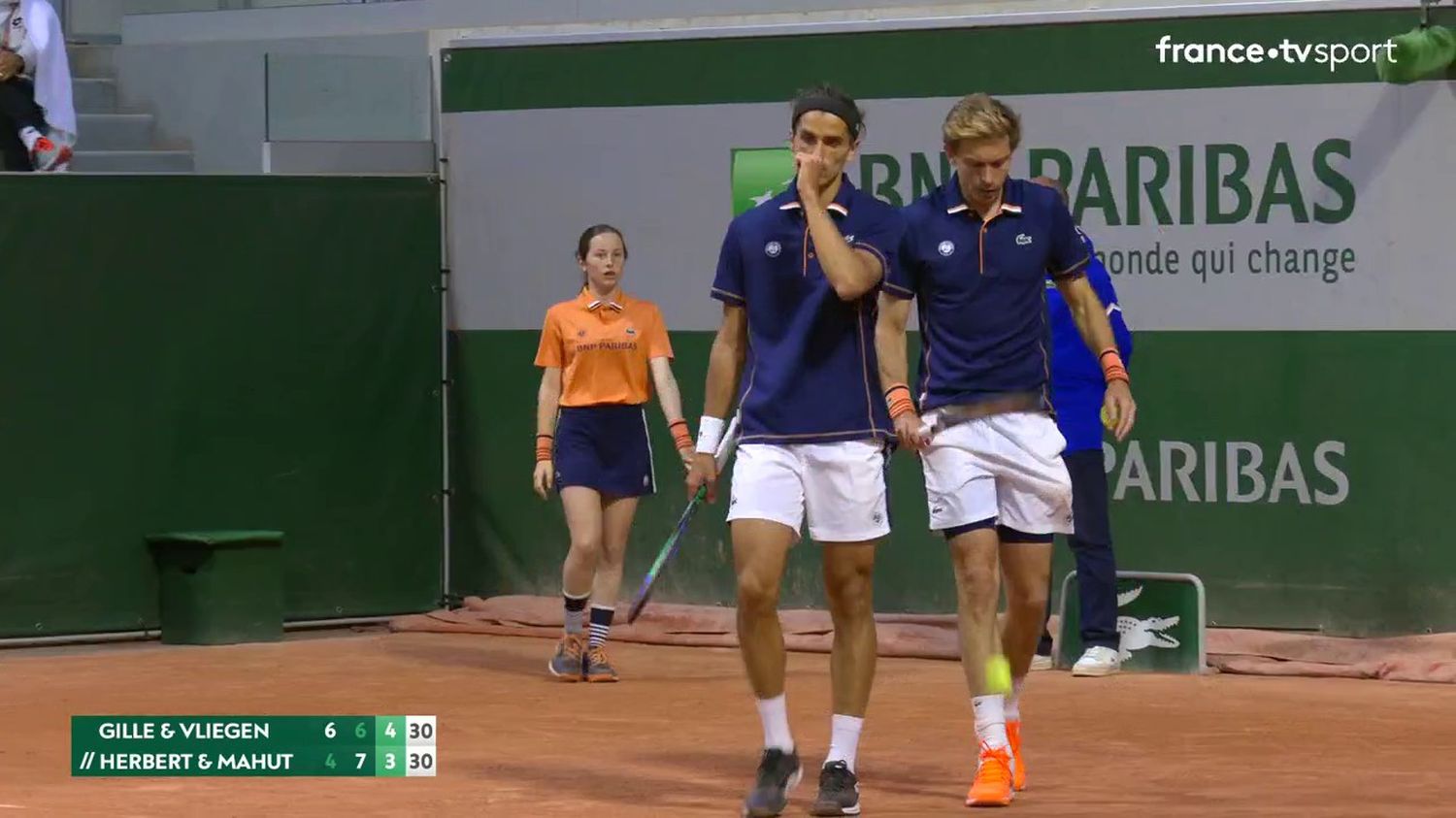 Among the favorites of the doubles tournament, the two Habs fell from above on Wednesday.

As often with them, the Parisian public went through all the emotions, but this time disappointment prevailed. Nicolas Mahut and Pierre-Hugues Herbert were beaten by the Belgian duo formed by Sander Gille and Joran Vliegen (6-4, 6-7 [5-7]6-3), Wednesday May 25, during the first round of Roland-Garros.

Twice winners at Porte d’Auteuil, defending champions, the two Frenchmen were eagerly awaited on court n°9. But they didn’t show their best form. Despite six break points, they were notably unable to take the service of their opponents for 2h16 of play.

Cooled on the contrary by a break from the outset and the loss of the first round, the Habs then certainly knew how to fight, find their complicity, to equalize in the tie-break. But in the last decisive set, the Belgians made the hole before bringing down the tournament favorites.

In the other matches of the day, the blue pairs Gaston-Simon and Umbert-Lestienne also failed. Among the good news from France, however, are the qualifications of Bonzi-Rinderknech, Couacaud-Guinard and Mannarino-Olivetti (the latter against their compatriots Eysseric-Halys).