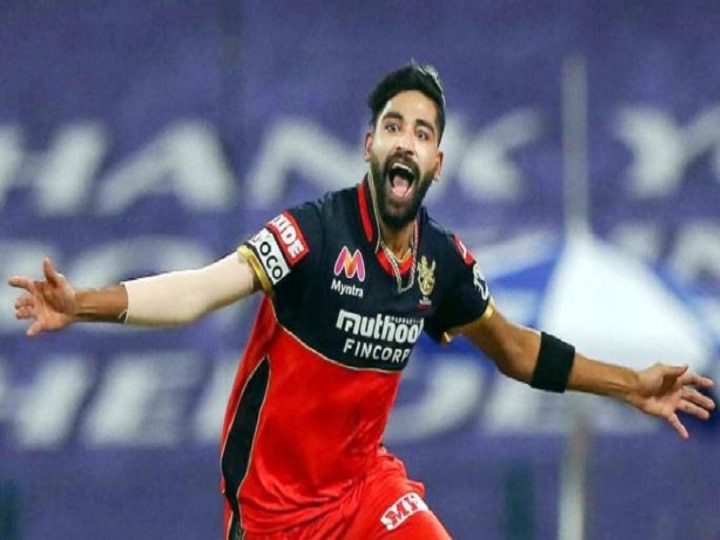 In the 13th season of the Indian Premier League, RCB player Mohammad Siraj bowled amazing on Wednesday. Mohammad Siraj took three wickets for 8 runs in four overs and he stopped KKR for just 84 runs in 20 overs. Prior to this match, the journey of IPL has not been good for Mohammad Siraj, but he gave the credit of this success to captain Virat Kohli.

Mohammad Siraj was adjudged Man of the Match for his outstanding performance. Siraj said, “Virat gave me the opportunity to bowl with a new ball and that’s why I was able to get swing. The team did not plan to have me bowled in the power play before the match.

After landing on the field, Siraj got a surprise from Virat Kohli. The fast bowler said, “After going to the field, Virat Kohli told me to get ready. After that we managed to perform according to the strategy.

Please tell that Mohammad Siraj gave three big shocks to KKR at the beginning of the match. Siraj took the wicket of Rahul Tripathi in his first over. After this, Siraj bowled Nitish Rana on the next ball. Apart from these two, Siraj also took the wicket of Tom Benton.

Mohammad Siraj bowled two maiden overs in the match and he became the first bowler in IPL history to bowl two maiden overs. Siraj told that he was on target due to poor performance in IPL and he practiced a lot to improve his performance.

IPL 2020: Hyderabad suffered a major blow before the match against Rajasthan, due to injury, the star player was out

IPL 2020: Virat Kohli revealed, this mistake of KKR made way for RCB’s victory