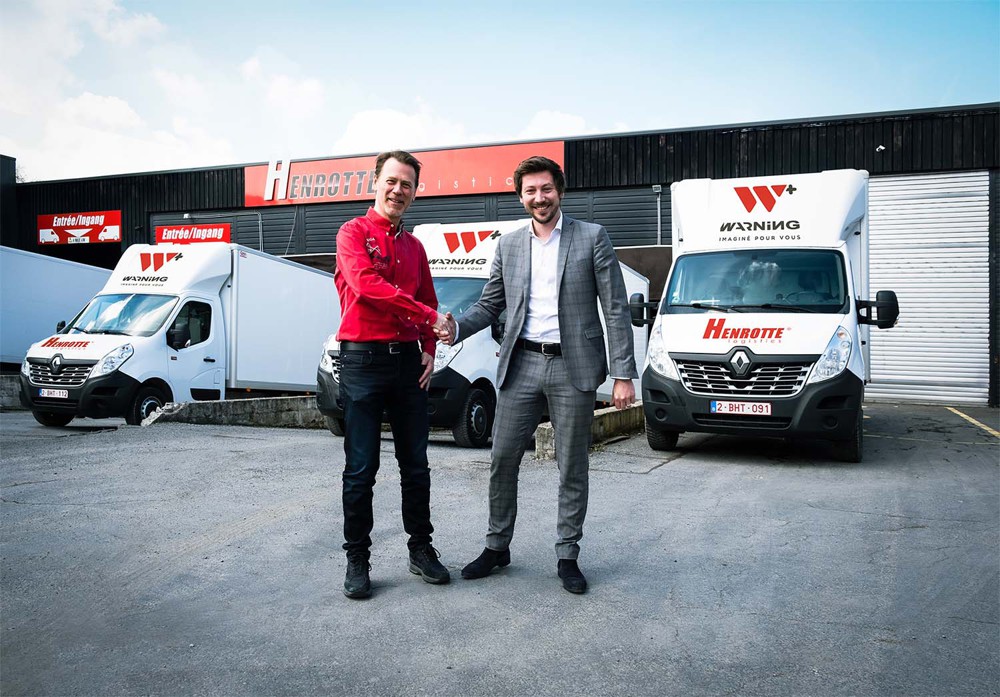 In 2015, Warning + was a small player with 13 million euros in turnover in the special delivery niche. The same size as the Belgian company Henrotte Logisitics which it acquires today. Meanwhile, Warning + has become a group of 2,000 employees, 1,500 vehicles, 120,000 m2 of warehouses and 160 million in revenue. It had changed in dimension by absorbing Euromatic, a subsidiary of Geodis, in 2019.

“More and more French customers, Leroy-Merlin, Schmidt, Saint-Gobain, asked us to support them in the Benelux”, explains general manager Quentin Bonnac. With the transporter from Liège, he acquired a network of four agencies to satisfy these internal demands.

But Henrotte, due to its original history, has other advantages: the former video club created in 1985 grew by starting to rent large-scale video recorders, machines that had to be maintained and repaired. One thing leading to another, the company diversified into household electrical repairs, then the transport of these large appliances. Today, the transport of heavy or bulky goods represents 85% of its activities, with value-added installation and assembly services, like the Parisian start-up Box2Home acquired by Warning + last year. .

Better: the company renamed Warning + Benelux also provides maintenance and repair, approved by major brands of household appliances and televisions (Sony, Philips), as well as resellers (FNAC). “We are very interested in developing the reverse logistics branch and the recovery of equipment for a second life”, explains Quentin Bonnac, enthusiastic about “the similarity and complementarity of our two companies”.

His group already has a partnership, through Box2Home, with the Ecosystem recycling organization to organize collection tours in private homes. It is aiming for 200 million euros in turnover in 2022. It is in talks for a German acquisition but is also eyeing southern Europe.