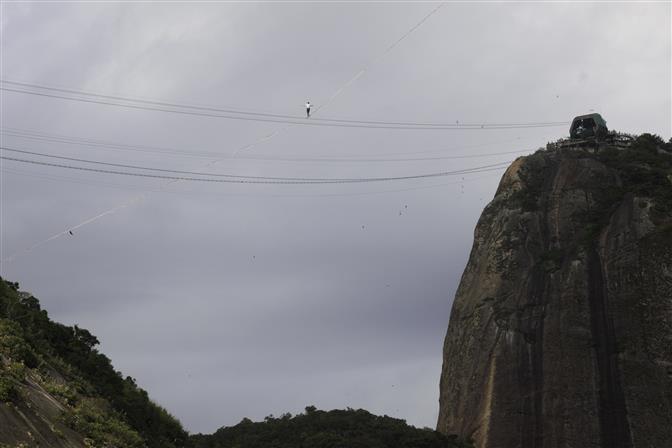 It must have given, if not him, then the people watching him the adrenaline rush.

Nathan Paulin, a French slackliner, completed a 500-metre walk along a tightrope. He walked between Babilonia Hill and Urca Hill in Brazil’s Rio de Janeiro 264 feet above the air.

It took Paulin half an hour-an-hour to cover the distance.

A French daredevil crossed between Babilonia Hill and Urca Hill in Rio de Janeiro on a bridge of webbing – known as a slackline.

Nathan Paulin’s stunt took place at an altitude of 80m (264ft) and covered a total distance of 500m (0.3 miles).https://t.co/ykoGZGdRPI pic.twitter.com/QnJOQhFMSj

Paulin was seen walking without holding any protective gear. He had, earlier in 2017, completed a 670-metre walk along a tightrope from Eiffel Tower.