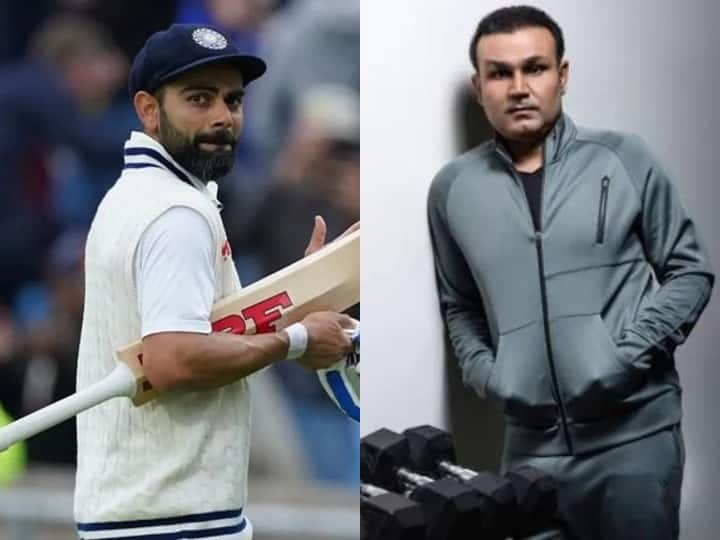 Virat Kohli has resigned from the Test match captaincy of the Indian cricket team. Earlier, he was removed from the captaincy of ODI and T20. Kohli gave this information by tweeting on social media. Former cricketer Virender Sehwag has reacted after Virat left the captaincy. He has also congratulated Kohli. Along with Sehwag, Irfan Pathan, many other people have also wished him well.

Virat Kohli Steps Down: Virat Kohli was India’s most successful Test captain, the team won so many matches under his leadership

Whenever the talk of Indian cricket captains will arise in test cricket @imVkohli ‘s name will be up there,not only for results but the kind of impact he had as a captain. Thank you #ViratKohli

Virat Kohli left the captaincy of the Test, shared an emotional letter on social media

Thank you #ViratKohli for everything you have done for and Test cricket as Captain pic.twitter.com/UoVqC2TdP0

You’ve been an inspiration and a leader par excellence. Thank you for taking Indian cricket forward like only you could have.

Thank you for the memories, King! You’ll always be our Captain Kohli.#PlayBold #TeamIndia #ViratKohli pic.twitter.com/M9n9Dl3iCq

7 YEARS of brilliance, memories & legacy! We know you gave it a 120% and more

Let us tell you that Virat Kohli has captained India in 68 Test matches. During this, Team India has won 40 matches. While losing in 17 matches. Virat is one of the most successful captains of India. He has played a total of 99 matches in this format so far. During this, Kohli has scored 7962 runs.