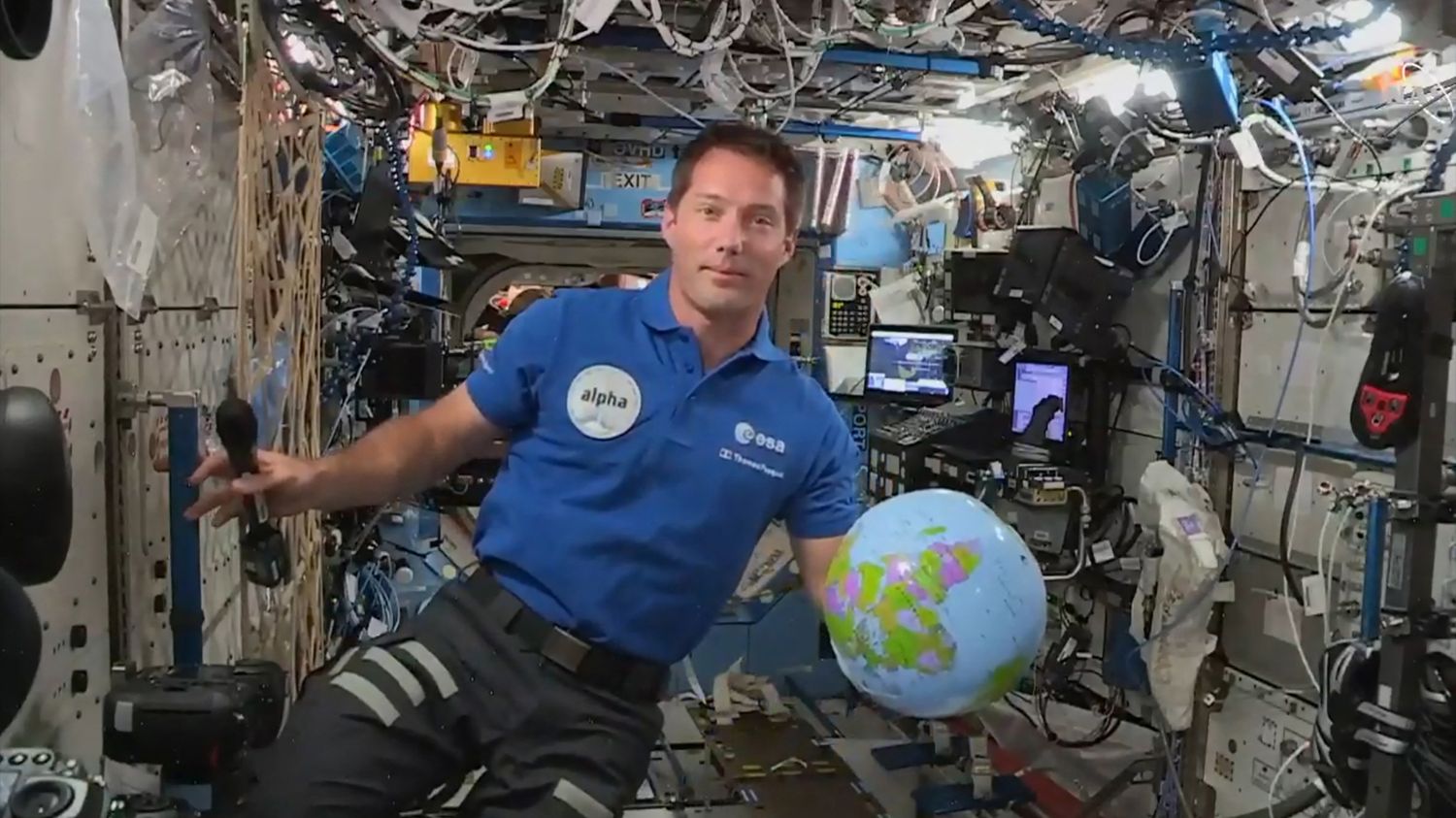 For this last of THE’space emission, the students of the Ahetze school, in the Pyrénées-Atlantiques department, ask their questions to Thomas Pesquet who will soon perform in the coming days, after 6 months spent in space, his return to planet Earth!

Julian and Andoni would like to know first of all, “How are you going to land on Earth?”.

Then the capsule will fall into the water and parachute. The astronauts will then be picked up by a boat, then brought back by helicopter to dry land!

“How long does it take to land on Earth?”, Hugo asks Thomas Pesquet who replies: “It depends, from the moment you leave the space station, it takes six, seven, eight hours. It depends a bit on the trajectories, the path you take … We really pay attention to the trajectory, we move further and further away, etc. And then, everything accelerates a little at the end, once we make the atmospheric reentry, there, it becomes really dynamic. You see the last 100 km of altitude, we do them in 15 minutes, maybe, and we go down very, very quickly. So that’s it all in all, it takes between 6 and 8 hours. You see, it’s not very, very far. like a big train trip, or a plane trip “.

Small precision on the response of Thomas Pesquet, it is the ideal scenario which is aimed, but it is not completely excluded that the trip may ultimately be longer, if the weather is involved (since it may have changed after the decision to leave) and that the trip ultimately lasts 20 hours … 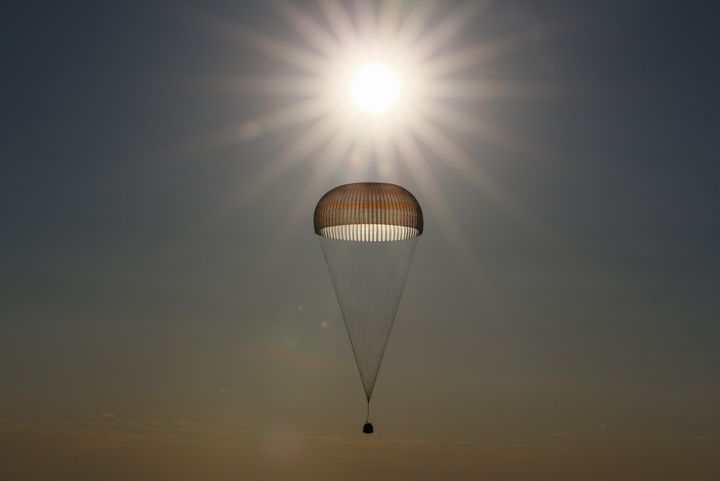 On June 2, 2017, the Soyuz MS-03 capsule with on board the ISS crew, Russian astronaut Oleg Novitskiy and French astronaut Thomas Pesquet, descended under a parachute, just before landing in an area near the city of Dzhezkazgan in Kazakhstan.
(SHAMIL ZHUMATOV / POOL / AFP)

Millie is worried about the conditions the astronauts will experience upon arrival, “Is the landing strong? Can there be an explosion, smoke?”

The ISS captain replies: “The landing itself, it’s pretty hard. It’s a shock. It’s like a little car accident, if you want, it goes all over the place, it hits hard enough, etc. But we is protected, we have seats that are made for that. We have our helmets that protect us … “

“We were in a vacuum before, so there was no air, there was nothing. And when we enter the atmosphere, there are particles of air. rub on our capsule and in fact, it rubs so fast, so hard! Like when you rub your hands against each other, it’s hot, well there, it rubs so hard that it raises the temperature of the capsule at 1600 degrees. It burns, it makes a ball of fire around. We have a heat shield, we are protected, but that’s especially what is a little impressive. We are crushed by our weight. It moves in all directions after we see flames through the window, etc.

And then, when the parachute opens, once it has calmed down a bit, it goes all over the place too. It shakes us like a salad basket. So here it is, it is a little before that it is the most impressive. After that, once you’re under the parachute, it’s pretty quiet. We descend quite slowly, we descend at 9 meters per second, you see it’s as if we were still falling three floors per second, but we are under a parachute and as we fall into the water, it’s okay. It’s a bit soft, so it’s not very impressive. There is no explosion, there is no smoke “.

Impossible to say how many times I have made this path during the last 6 months, I had to immortalize this crossing of Node 3 at the Columbus laboratory. # 360Tower #MissionAlpha
https://t.co/K6MobTquz3 pic.twitter.com/8NPl7PjEEK

Paul asks “How will you be able to walk again after being in zero gravity?”

“It will be very difficult for us to walk because we will be really overwhelmed by the weight of our body … There will be doctors and they will take us out calmly. They will put us on a chair, they will be careful of what we always stay lying down or sitting down, etc. We are not going to walk again right away … we have to relearn everything. And then, already, the next day, it will be fine, we will be able to walk. “

And finally, “What will be the first thing you do on Earth?” Jon wonders. Here is what Thomas Pesquet replied: “The first thing I would do maybe sleep in a bed … Enjoy the comfort … And then, I also think about taking a shower, a real shower with flowing water … So I will do that at the beginning, simple things in the end! “.

On this page, you can listen to this latest episode of Space emission, in which astronaut Thomas Pesquet answers children’s questions about life aboard the ISS. An appointment to find in podcast.