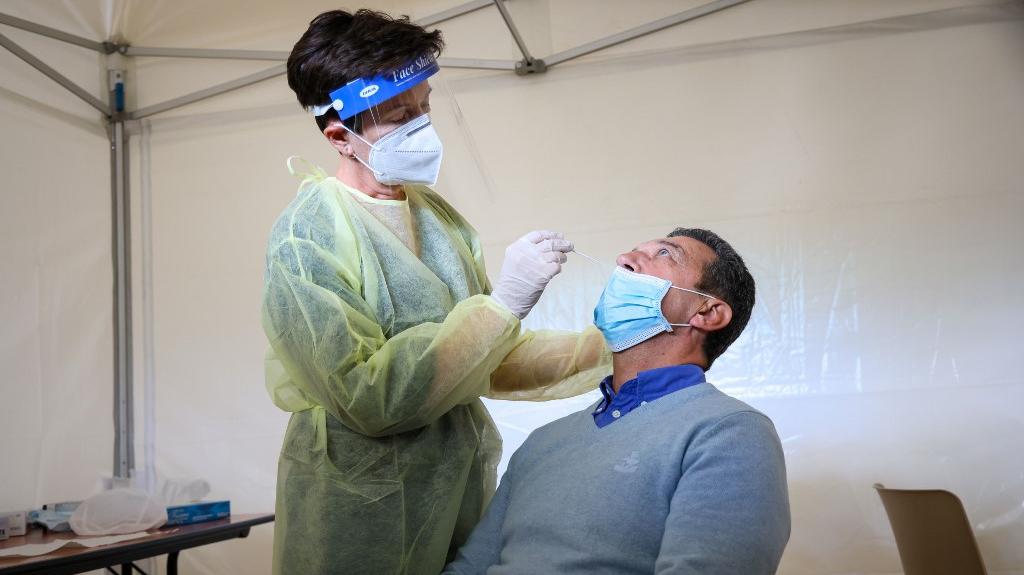 It is a decisive week which begins to come out of confinement. Emmanuel Macron had set a goal of reducing daily contaminations to 5,000 new cases and between 2,500 and 3,000 patients in intensive care. These numbers became synonymous with a return to movies, museums and a Christmas vacation away from home. If the objective is approaching for patients in intensive care, we are at 3,200 people, on the other hand the figures of Public Health France estimate that there have been 11,000 new cases, these last 24 hours.

On weekends, there is less data coming from the laboratories. Friday we were rather around 13,000 between the PCR tests and the rapid antigens which are starting to gain momentum. We are therefore not yet at the objectives set by the President of the Republic. Even if the positivity rate (the number of Covid cases, depending on the number of tests carried out) has fallen in a week: from 13 to 10%.

This is the 1000 euro question. First, there are still uncertainties about the possibility of success. Modeler Simon Cauchemez, from the Institut Pasteur, did several scenarios. One of them considers that we achieve the goal. But he also recognizes that in recent days, the number of new cases has declined less than before. It must be said that the stores have reopened, it is colder, so it is more difficult to see yourself outside. It is possible that the bar of 5,000 daily cases is missed on average by a few days. We must therefore remain very vigilant.

Questioning this new stage of deconfinement is a political decision that does not fall to the modeler of the scientific council. But what happened in the United States with the Thanksgiving holiday gives epidemiologists something to grind about the risks of family reunions. Uncertainties therefore remain even if there are more people immunized. According to statistics, one in ten French people have had Covid, which can slow the circulation of the virus. There are, all the same, strong regional disparities so in what proportions this reduces the virus compared to its circulation last year, it is not decided.

Then, it is more difficult to predict in the models for the “Mr. Forecasts” of the Pasteur Institute, Simon Cauchemez, to estimate the adhesion of the French to confinement, to barrier gestures. Generalized relaxation is hard to predict, as is very strong awareness. Good news, people’s attitude has also made the most pessimistic scenarios lie. For example, at the end of October, the models predicted that we would reach 9,000 cases in intensive care by November 16, finally the peak was 4,900. If the health authorities have forty years of hindsight to follow an epidemic like that of the seasonal flu, this is obviously not the case for the Covid-19.