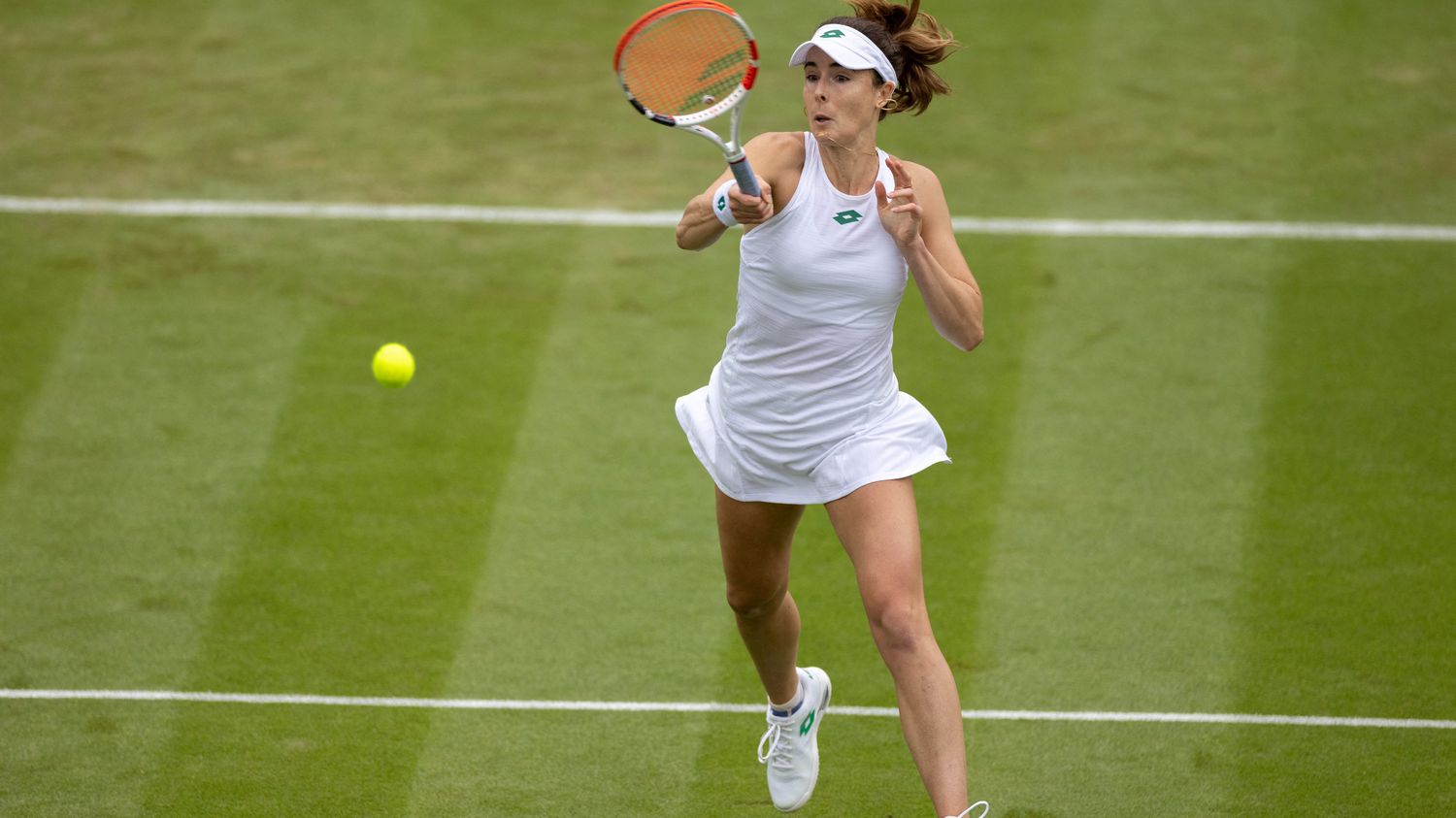 After the zero point of the French during the first two days, Alizé Cornet and Clara Burel brought a small blue lightening in the gray sky of Wimbledon, Wednesday, June 30. As for the favorites, no surprise, the main seeds have all qualified without really shaking, with the exception of Aryna Sabalenka.

After a victory in Berlin against the same Bianca Andreescu (7th player in the world) two weeks ago, the French Alizé Cornet repeated her performance in the first round of Wimbledon in two dry sets (6-2, 6-1) and 1h23 of match. Better entry into the game, she quickly took the lead in the first set, with two consecutive breaks on two service games from the Canadian, seeded number 5 in the tournament.

An ideal start for the 30-something and now 58th player in the world. She then continued her efforts to push Bianca Andreescu to its limits, with 34 unforced errors against only 7 for the Niçoise. At 31, Cornet seems to be reborn on the grass after a first part of the season marked by six eliminations in the first round in sixteen contested tournaments. She will face Australian Ajla Tomljanovic (75th) in an affordable second round.

How to seal a win in style, starring @alizecornet #Wimbledon pic.twitter.com/gNeO7k21iA

Exiting qualifying, the French Clara Burel (20 years old, 143rd) qualified brilliantly for the second round following her final victory against the Australian Ellen Perez (235th) in two rounds and just one hour of play ( 6-2, 6-2). After the meeting, she said: “My game adapts well to the surface. I like to make a few chips, go up to the net and that helps me a lot on the serve where I often have some difficulties. On grass, I ask myself a lot less questions. . “

With 78% of points gained on her first serve, Clara Burel was also very solid on the other side of the net, breaking four times and taking advantage of her opponent’s 29 unforced errors. A first career success at Wimbledon for the Rennaise’s first participation in the main tournament.

Opposed respectively to Vera Zvonareva and Lesley Kerkhove, the two top 15 players did not experience any real difficulties to get out of their second round. The Polish Iga Swiatek (9th) only lost her service once against the 36-year-old Russian, former world number 2, to win easily (6-1, 6-3, in 1h00).

Same scenario for the Spaniard Garbiñe Muguruza (12th) who quickly won Kerkhove (174th) in the first round, before being scared with a break conceded at 4-2 in the second. The winner of the 2017 edition then went on four consecutive games to win (6-1, 6-4).

Sabalenka as a dream breaker

Facing the local Katie Boulter (219th), Aryna Sabalenka, seeded number 2 in the tournament, took more than a set to get into the rhythm (4-6, 6-3, 6-3). After the loss of the first round, the Belarusian has done what she can do best: play on her physical strength to shatter all the hopes of the Briton. With devastating forehand strikes and dazzling serves, she got back into the game after a break at 4-2, in the second set.

A first turning point since Sabalenka had to save 6 break points at 4-3 in the decisive round. A thrust given to his opponent and the public at Center Court, to finally deliver the final blow on his first match point.

Kenin takes the door in 45 minutes

The years go by but are not alike for the American Sofia Kenin. Victorious of the Australian Open and finalist of Roland-Garros in 2020, the 6th player in the world was sharply taken out in the second round in two sets (6-2, 6-4) and 45 minutes flat by her compatriot Madison Brengle (82nd). With 41 unforced errors, Kenin showered the No. 2 court with errors, scuttling any chance to stand up to Brengle.

Swept away, the young American tied an unflattering record: that of the fastest defeat inflicted on a top 10 player at Wimbledon. She succeeds Jennifer Capriati, defeated in 2002 by Serena Williams on her way to her first title in London.

… though the mark it equals was # 7 Capriati quickly losing, more explicably, to # 1 Serena.