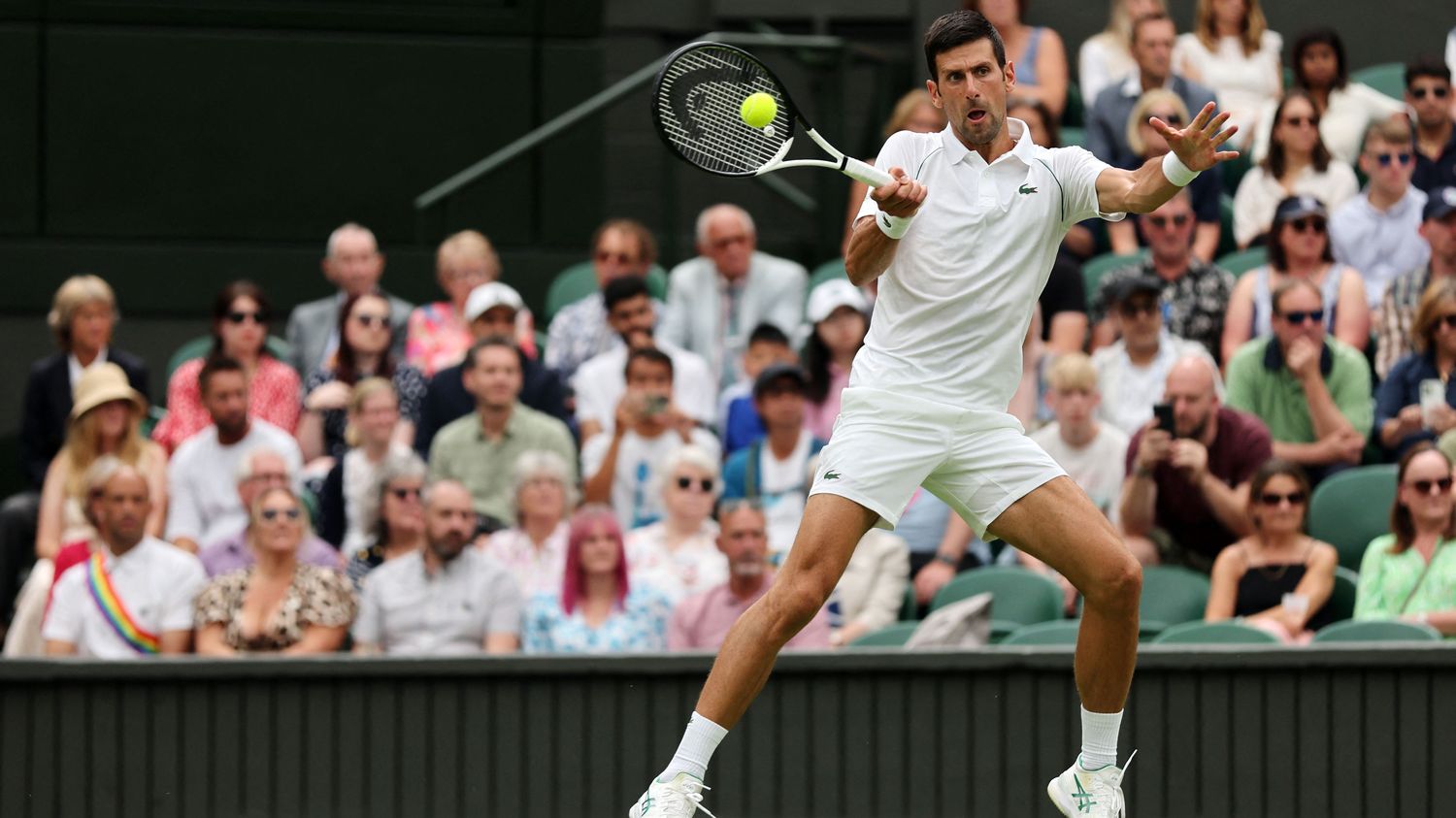 Tradition obliges, it is up to him to open the ball. This Monday, June 27, the winner of the 2021 edition, Novak Djokovic inaugurated the Center Court lawn on the first day of Wimbledon.

The British public will be spoiled with a panel of stars, like Rafael Nadal and the highly anticipated Serena Williams back thanks to a “wild card”. Note however, also, significant absences: the world n°1, Daniil Medvedev, excluded because of his Russian nationality, in retaliation for the war in Ukraine, or the German Alexander Zverev, world n°2, who He has not recovered from the severe right ankle injury he suffered in the semi-finals at Roland-Garros. Two absences which, however, will not benefit Novak Djokovic, n°3 in the standings.

>> Wimbledon 2022: absence of points, return of Queen Serena, questions around Nadal … What you need to know about the London Grand Slam

Because, whatever his journey on the London lawn, the Serb will be the big loser of this Wimbledon. Whether he lifts the trophy or loses in the first round, Novak Djokovic will indeed go from 3rd to 7th place in the world at the end of the tournament. An oddity that can be explained by the conflict between the organizers of Wimbledon and the ATP: the former decided to exclude the Russians in retaliation for the war in Ukraine, when the latter decided not to award any points players participating in the tournament. Djokovic says he “understands” both decisions, but he finds them unfair.

On the other hand, what worries the Serb more is that he risks playing his second and last Grand Slam of the season at Wimbledon. As things stand, “Nole”, already deprived of the Australian Open, will not be able to participate in the US Open either. The Serb still does not want to be vaccinated against Covid, but the United States refuses to welcome unvaccinated people. “This is an additional motivation to do well at Wimbledon. Then I’ll just have to wait and see. I would love to go to the United States, but so far it is not possible. And there’s not much more I can do”he explained at a press conference on June 25.

In the meantime, Novak Djokovic is aiming for a 21st major title, just to return to a length of Rafael Nadal’s record. If he wins, he will win his seventh Wimbledon, the fourth in a row, which only Borg, Sampras and Federer.