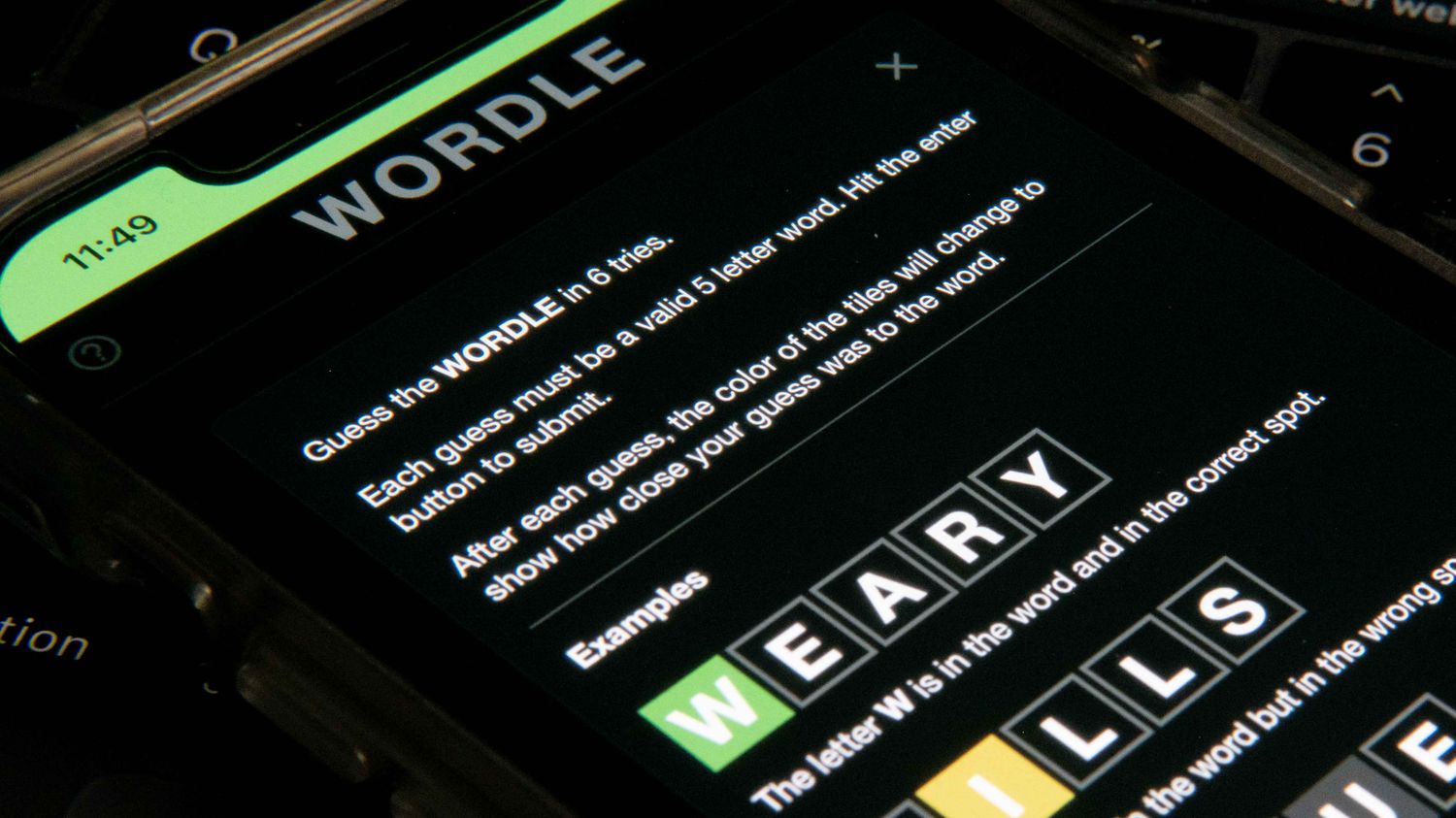 Wordle is a mixture of “puzzle” and of “word”, word in English because that’s precisely what you have to find: a word of five letters and in six attempts at most.

Clearly, it is exactly the same principle as the TV game “Motus“, except that there is only one word to guess per day. A concept not really new but which is extremely successful: 90 players in November, 300,000 at the beginning of January, two million this weekend. Exponential therefore, and totally unexpected, in the first place for its inventor.

Behind the success: Josh Wardle, in his thirties, a software developer who lives in the Brooklyn neighborhood of New York, United States. What if he invented Wordle, it was not for a commercial purpose, but to keep busy with his friend, fan of crosswords and anagrams, when they no longer went out last fall due to the pandemic.

Added a share button to Wordle that generates a spoiler-free emoji grid for you. Shoutout to @irihapeta for inventing such a cool way to share your results each day.

The two played together in their living room, and then, over the days, other curious people discovered the site, then others and others in a monumental snowball effect. Why such a success ? No doubt because, compared to current online games, Wordle It’s like the internet before, when there were no ads, no notifications, no game monetization, no email reminders either.

This game appeals because it is not time consuming, its resolution takes only a few minutes in a day, flatters those who succeed, and, what is more, is shared. “People send me lots of messages, explains Josh Wardle on a daily basis The Guardian, they say to me ‘you know, we can’t see our parents right now, but we send each other our results to Wordle every day’. In fact, it’s a simple, no-frills way to stay in touch. “

Josh Wardle, a software engineer in Brooklyn, knew his partner loved word games and created a guessing game for the two of them called Wordle. Just over two months after releasing it to the rest of the world, the once-a-day game has over 300,000 players. https://t.co/D1oBCwgpbW

The craze is such that a false version of Wordle have started to proliferate on application download platforms. In France, it is its French-speaking equivalent Sutom that circulates.

In short, everyone everywhere finds it wonderful, brilliant, inspiring, except… Josh Wardle himself: “Me, I don’t find it great, because it makes me responsible towards the players, I have to guarantee them that everything works, all the time, and I don’t want this game, which is not my real job, to become a source of stress and anxiety in my life. “Josh Wardle doesn’t want to burn out because of a puzzle.

On the other hand, it promises two things: that Wordle be always free and never steal more than three minutes of your time each day.