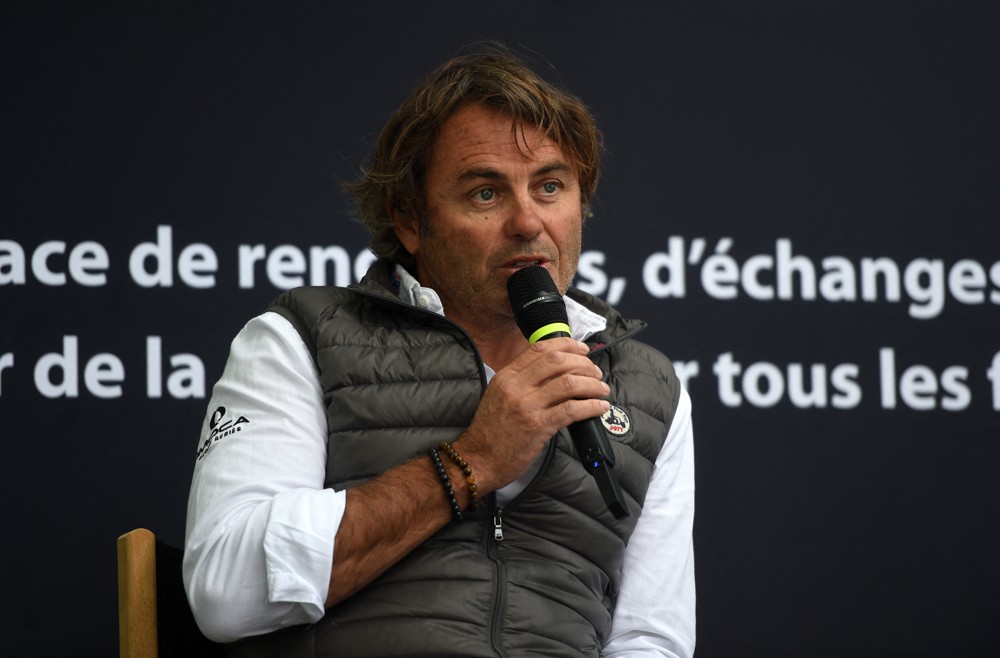 He completed his round the world trip in 80 days. On January 28, 2021, as part of the Vendée Globe, the skipper Yannick Bestaven entered the port of Les Sables d’Olonne, after having crossed the land alone, with the sole force of the wind. If the skipper crossed the finish line in third place, he finally won the final victory: he indeed benefited from a compensation of 10 hours granted for his participation in the rescue of the French Kevin Escoffier, sunk in the south- west of the Cape of Good Hope.

“It’s a strong moment, which is engraved in my head. One of the best results of my career as a sailor, ”says Yannick Bestaven, who immediately tempers his feat. Although he was alone on his boat, the Maître Coq IV, the Rochelais worked as a team before and during the Vendée Globe: “My boat was prepared for 3 years by my team, made up of 12 people. I often had them on the phone during the race, in order to sort out technical problems. Le Maître Coq IV is a business! “

From the sea to entrepreneurship

The skipper has indeed managed his team as if he were running a business, learning to delegate tasks. ” I went [pour l’édition Vendée Globe] very calmly. The confidence that I have in my team is very important, and helped me in the victory. We cannot give everyone the same confidence, but we just have to oversee the issues. “

Yannick Bestaven tells about his career

This experience as a captain was useful to the skipper in his second career as an entrepreneur. In 2009 he founded Watt and Sea with the engineer Matthieu Michou. The company, headquartered in La Rochelle, is developing a solution to create energy from the flow of water on a boat. A propeller is submerged at the back of the sailboats and connected to a generator which produces electricity. This supplies power to all the electronic devices required for navigation at sea, such as automatic pilots or satellite map devices: “It’s like a dynamo on a bicycle wheel! », Explains the skipper.

“This project is a direct result of the competition. Ocean racing brings innovations that can be applied to yachting later. The operation is the same as in the automotive industry. ABS, for example, was developed for competition, before becoming a technology for the general public. Today, Watt and Sea generates 80% of its turnover in yachting.

Learn to finance your projects

The Watt and Sea product still equips Yannick Bestaven’s racing vessel, which allows it to be energy self-sufficient once offshore. The skipper, who has an engineering background, was mainly in charge of the financial management and communication of the company: “I took care of finding the financing, of filing the patents, while Matthieu Michou was in charge of the design. of the product. I developed an investment plan which later helped me with my sporting activity ”explains the skipper, who no longer occupies an executive function within Watt and Sea, while remaining a shareholder of the company .

He is now focusing on his career as a sailor, in which he finds points in common with company management: “A good sailor and a good entrepreneur must know how to adopt themselves, but also how to take risks, and when I take risks. risks, I assume them alone, even if I work in a team. “